Galleries Videos CONTACT ADVERTISE
Famagusta 23°
clear sky
BUSINESS EDUCATION ENTERTAINMENT HEALTH POLITICS SCIENCE SPORTS TECHNOLOGY
12:08 Guide To Online Sports Betting: How To Choose A Sportsbook
08:28 What Are Some Reasons to Consult a Brain Injury Lawyer?
09:24 Blockchain Solutions for Enterprises: How To Increase Efficiency And Profitability
07:06 How To Deal With A Car Crash In New York
17:43 Tips to keep in mind while choosing the casino site
11:34 Relation Between Employee Theft and Pre-employment Screening Check
04:37 Search your own desired site to play sports for betting
18:00 Top 3 Career Path Options for Business Analysts Preview
15:35 The history of Imen Jane, who is the influencer and the charges on the...
18:48 Sebastian Vettel's Greatest Races
BIST
1124
GOLD
459.366
USD
7.6460
GPB
9.8049
EUR
8.8844
Breaking News
Top 3 Career Path Options for Business Analysts Preview
Close

New information about a group of Russian hackers arrested over the weekend suggest the malicious actors may have information regarding Russia’s role in attempting to influence the 2016 U.S. Presidential election.A report from McClatchy said at least six... 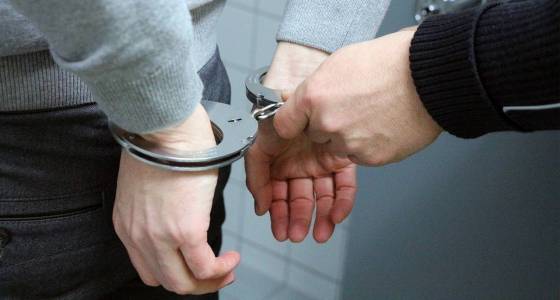 New information about a group of Russian hackers arrested over the weekend suggest the malicious actors may have information regarding Russia’s role in attempting to influence the 2016 U.S. Presidential election.

A report from McClatchy said at least six Russians have been arrested in the months following the Presidential election, including one arrest that took place Friday in Barcelona made by the Spanish National Police in cooperation with the FBI.

Read: Who Is Evgeniy Bogachev? Hacker With $3 Million Bounty From FBI May Be Working With Russian Government

The most recent arrest was of Pyotr Levashov, a 32-year-old Russian computer programmer. Charged with scamming and data theft by the Spanish National Police, the U.S. believes Levashov is also known as Peter Severa —a well-known spam kingpin who has been tied to Russia’s most dangerous cyber criminals.

Levashov’s wife went on Russian state-owned television station Russia Today over the weekend in the wake of her husband’s arrest to say that he was detained because of his involvement in creating a “computer virus” that was “linked to Trump’s win.”

Levashov’s involvement in the election interference committed by Russian hackers has yet to be verified by U.S. officials. According a report from BuzzFeed, though, online forums began discussing the possibility that a member of a known group of government-linked Russian hackers had been caught following news of Levashov’s arrest.

In addition to the recent arrest of Levashov, five other notorious Russian hackers have been taken into custody in recent months, according to NBC News.

Among the detained are Stanislav Lisov, a computer programmer from Taganrog who was arrested in Barcelona on Jan. 13 on charges of electronic and computer fraud.

Maxim Senakh was taken into custody by Finnish authorities while visiting his sister in Finland three months ago. The arrest was made in cooperation with the FBI and resulted in Senakh being extradited to America. The 41-year-old Russian was accused of installing malware on thousands of computers around the world, which were used to generate money. Senakh pled guilty to violations of the Computer Fraud and Abuse Act and wire fraud.

Twenty-nine year-old Yevgeniy Nikulin was taken into custody by Czech police in Prague on Oct. 5, and is under indictment in California for his role in stealing information from LinkedIn, Dropbox and Formspring.

Olga Komova and Dmitry Urainsky were both arrested last July while at a resort in Thailand. The duo was taken into custody over their role in a massive bank fraud ring that allegedly stole more than $28 million. Komova is in U.S. custody and charged with wire fraud and money laundering.

It is not clear if any of the arrests will lead to additional information about the role of Russian government-backed hackers in the 2016 U.S. Presidential election, though it does mark an increased crackdown by U.S. law enforcement as they continue to pursue the case. This includes an indictment last month against two Russian hackers and two members of the Federal Security Service (FSB), the Russian intelligence agency that was once headed by Vladimir Putin for their role in the Yahoo hack that resulted in over one billion user credentials being stolen.