“Rules Don’t Apply” star Lily Collins has opened up about her past eating disorder and how she overcame it. But this time around, the actress revealed that most of her insecurities that caused the eating disorder actually came from her father, singer... 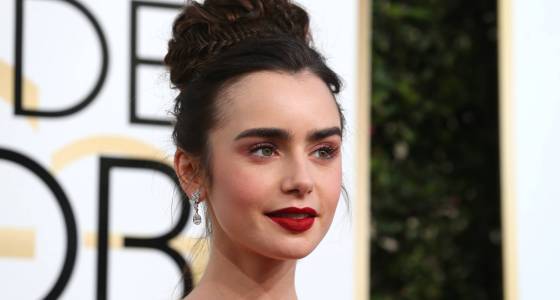 “Rules Don’t Apply” star Lily Collins has opened up about her past eating disorder and how she overcame it. But this time around, the actress revealed that most of her insecurities that caused the eating disorder actually came from her father, singer Phil Collins.

The actress said that she used to binge on “every type of junk food possible,” and she would feel so bad about it that she would force herself to throw up and exercise obsessively.

Things got so bad that her hair fell out and her nails became brittle, according to The Daily Mail.

“My hair and nails became brittle. My throat burnt and my oesophagus ached. My period stopped for a couple of years. I was terrified I had ruined by chances of having kids,” she said. “I was convinced that I had f***ed myself up beyond repair.”

Collins revealed that her struggle with anorexia actually started after her father divorced his third wife, Orianne Cevey. Because of this, there was a “terrible disconnect” between them.

“Many of my deepest insecurities stem from these issues with my dad,” she said.

However, it seems like the two have patched things up now, since Collins gave her dad a touching greeting on Instagram when he celebrated his 66th birthday on Jan. 30.

She posted an adorable throwback photo of her dad and her younger self gazing at each other, replete with a birthday cake in front of them. She then thanked her father for inspiring her to “tell stories, pursue my dreams, and live my life [unfiltered].”

As for her anorexia, she used her past struggle to portray a teenager named Ellen in the new movie “To The Bone.”

For the role, Collins sought the help of a nutritionist to lose weight. But the physical transformation as Ellen was only half the battle for the young actress. “It caused me to have to emotionally go there, but in a way that was the most safe, healthy way possible with a nutritionist, and really to physically go there but also emotionally and it did require a different set of emotional skills, to kind of go back in time for me, with you know, my experiences,” the actress told IMDb Studio.