Ross Lathrop served just one term as alderman in Chicago's traditionally independent 5th Ward, but it was a turbulent time for the city that included the death of Mayor Richard J. Daley."Ross was an important part of the independent bloc (on the council)... 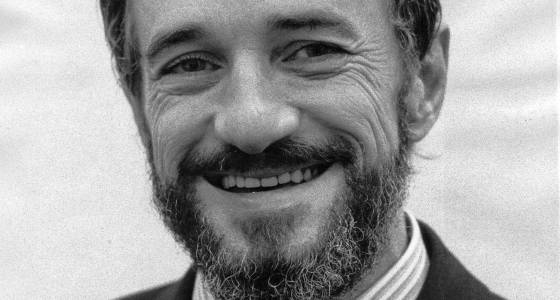 Ross Lathrop served just one term as alderman in Chicago's traditionally independent 5th Ward, but it was a turbulent time for the city that included the death of Mayor Richard J. Daley.

"Ross was an important part of the independent bloc (on the council) after (5th Ward) Ald. Leon Despres decided not to seek re-election in 1975," said University of Illinois at Chicago political science professor and former Ald. Dick Simpson. "It took a while to get his sea legs on the council, but once he did, he was a good colleague and I thought he made a good contribution, even though his time on the council was short."

Lathrop, 84, died Feb. 9 of complications from dementia at his home, said his wife of 57 years, Carol. He had been a Wheaton resident since 2001 after previously living in the Hyde Park neighborhood for four decades.

Born in Janesville, Wis., Lathrop grew up in Beloit, Wis., and after high school joined the Air Force. He was stationed in Greenland as a radio repairman, his wife said.

Lathrop earned a bachelor's degree from Ripon College in Wisconsin and worked briefly in a Chrysler factory in Belvidere, Ill., before moving to Hyde Park and pursuing graduate studies in educational psychology.

He took a job as a management specialist at the University of Chicago's Industrial Relations Center, where he worked from 1961 until 1975. Lathrop's local community involvement involved coordinating Project Whistle Stop in 1972, a program that the Hyde Park-Kenwood Community Conference developed to mass-distribute whistles to residents as a signal system for trouble on the street.

From there, Lathrop decided to run in the 1975 5th Ward aldermanic race. He and community organizer Al Raby were the two top vote-getters and proceeded to a runoff, which Lathrop won by fewer than 300 votes.

Once in office, Lathrop joined forces with other independents, including Simpson and Ald. Martin Oberman, to push Daley to allow a fair hearing on all proposed legislation, not just legislation promoted by the mayor. After Daley's death in December 1976, Lathrop tried to nominate Ald. Wilson Frost as mayor, but at the last minute, Frost withdrew to take the city government's No. 2 post, as chairman of the council's Finance Committee.

In early 1979, Lathrop also was sharply critical of former Deputy Mayor Kenneth Sain, who once out of office began consulting with the city. Lathrop sued, asking Sain to disclose how he and his firm earned consultant fees. A judge ultimately dismissed the suit, ruling that Lathrop failed to allege fraud in the contract awards and failed to show that he had suffered personal injury as a result of them.

"I've not only proposed my share of legislation and supported the other independents, I've tried to develop some pragmatic solutions to open up the process," Lathrop told the Tribune in 1979.

He was defeated that year in his race for re-election by Larry Bloom, who would go on to serve 16 years as the self-appointed conscience of the City Council. During the race, Bloom, whose council career ended with a guilty plea to a tax fraud charge and a prison term, attacked Lathrop for not being sufficiently outspoken on the council floor when it came to the independent agenda.

After leaving office, Lathrop worked as a developer and landlord in Hyde Park for more than two decades. Seeking more green space, he and his wife moved to Wheaton in 2001, after looking at 34 houses in order to find their dream home, his wife said with a laugh.

A memorial service will take place at 2 p.m. March 19 in the Medill Room at Cantigny, 1S151 Winfield Road, Wheaton, Ill. Visitation will begin at 1 p.m.

Bob Goldsborough is a freelance reporter.