Robert J. Samuelson: Politics in the age of disbelief

We live in an age of disbelief. Many of the ideas and institutions that have underpinned Americans’ thinking since the early years after World War II are besieged. There is an intellectual and political vacuum into which rush new figures (Donald Trump)... 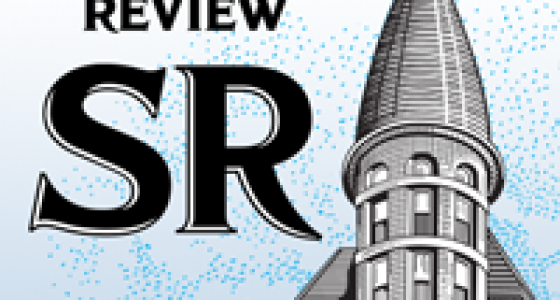 We live in an age of disbelief. Many of the ideas and institutions that have underpinned Americans’ thinking since the early years after World War II are besieged. There is an intellectual and political vacuum into which rush new figures (Donald Trump) and different ideas (America First). These new ideas and leaders may be no better than the ones they displace – they may, in fact, be worse – but they have the virtue of being new.

Almost everything about the American election defied belief, from Trump’s victory, to the Russian hacking of Democratic computers, to Trump’s numerous falsehoods and smears. Could this really be happening? The campaign recalled humorist Dave Barry’s famous line, “I’m not making this up.”

To say that this is an era of disbelief means, quite literally, that millions of Americans no longer believe what they once believed. There is a loss of faith in old orthodoxies and the established “experts” who championed them. There are three areas where Trump suggests major departures from existing policies.

First, the economy. Despite a 4.8 percent unemployment rate, the recovery from the 2007-09 Great Recession has been middling. The number of payroll jobs, 145.5 million in January, was only 5 percent above the level in January 2008, the peak in the previous economic expansion. Millions of workers have dropped out of the labor force, notes Nicholas Eberstadt of the American Enterprise Institute. Gross domestic product (GDP) – the economy’s output – has been growing only about 2 percent annually. The Trump administration believes it can raise that to 3 percent or more through lower tax rates, less regulation and more aggressive trade policies.

Second, the world order. Since the late 1940s, the United States has provided physical and economic security for our allies through alliances (NATO) and trade agreements. The collapse of the Soviet Union in 1991 signaled the success of this strategy and – it was said – marked the beginning of a long period of peace and prosperity, presided over by the United States. Trump is unsympathetic to this global role, which (he argues) burdens us with large costs in both blood and treasure. He wants trade agreements to be more favorable to us and for our allies to pay for more of their defense.

Third, the welfare state. Here, Trump’s plans are fuzziest. He has said he would protect Social Security and Medicare but other anti-poverty programs could face cuts. One way or another, immense sums are involved. Under existing policies, the Congressional Budget Office estimates that all welfare programs, from Social Security to food stamps, will cost $34 trillion from 2018 to 2027; that’s two-thirds of federal spending projected over this period. The deficit is already $9 trillion for these years.

To be sure, there are other areas of policy differences from the status quo, immigration and climate change being two examples.

Just what will be proposed and enacted, and the consequences, are unknown. There are plenty of skeptics – including me – who think Trump’s agenda is largely impractical or undesirable. To take one example: Since at least John F. Kennedy, presidents have pledged to increase economic growth. What we have learned is that, over meaningful time periods (say, four or five years), they can’t control economic growth. It’s too complicated to be easily manipulated.

Or consider America’s relation with the world. I fear that an America in retreat will create a world that is less stable, more fractious and more dangerous. The perception of our weakness would encourage others, possibly Russia, to be more adventurous. It’s fine to ask our allies to spend more on their defense; but it’s inconsistent to do so while threatening to weaken their economies by insisting on tough trade concessions. True to his “America First” slogan, Trump minimizes the collective interests we share with many other countries, starting with Mexico.

But I want to make a larger point. The election’s unanticipated outcome is of a piece with other events: 9/11; the 2008-09 financial crisis. These, too, were essentially unimagined and, therefore, unpredicted. Even without Trump’s eccentric and questionable behavior, so much is in flux that we’re disoriented. Stripped of familiar and reassuring beliefs, we are increasingly governed by disruptive surprises. This is why I call the present moment the age of disbelief.