Rick Scott gets post that could elevate national profile 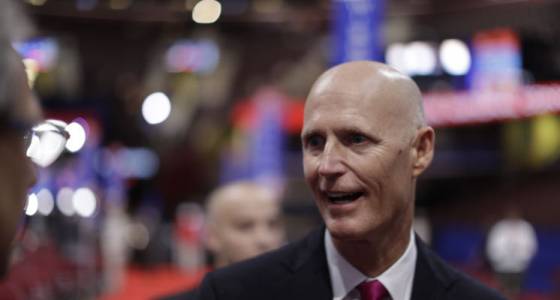 Gov. Rick Scott will be second-in-command of a Republican organization that played a huge financial role in his re-election.

On Friday the Republican Governor's Association named Scott their vice chairman, replacing South Carolina Gov. Nikki Haley, who resigned and was appointed U.S. Ambassador to the United Nations. Wisconsin Gov. Scott Walker, the chairman of the group, made the announced in a statement to the media.

“I am honored to serve in this new role for the RGA and help build upon our momentum that led to today’s near-century high of 33 Republican governors," Scott said. "The RGA has proved time and again that it is the most effective political organization in the country and I look forward to helping the RGA continue that tradition.”

The RGA has also proven to be a big supporter of Scott in the past. In 2014, the RGA spent over $18 million to help Scott win his re-election over Democrat Charlie Crist.

"Governor Rick Scott’s leadership and electoral experience will be a tremendous asset to the RGA as we recruit candidates, fundraise, and continue to build a solid foundation of resources for 38 gubernatorial elections over the next two years," Walker said.