Revenge of the Democratic establishment and other notable comments

From the Left: Revenge of the Democratic EstablishmentFormer Labor Secretary Tom Perez’s victory over Keith Ellison in the election for Democratic National Committee chair has been heralded as the establishment’s triumph over the party’s left-wing grassroots.... 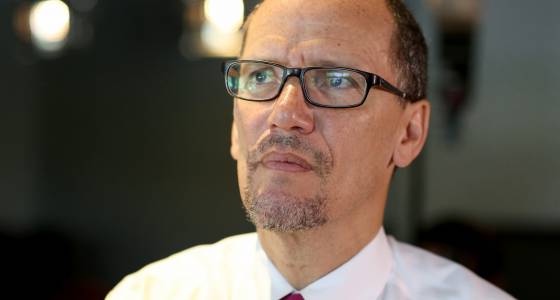 From the Left: Revenge of the Democratic Establishment

Former Labor Secretary Tom Perez’s victory over Keith Ellison in the election for Democratic National Committee chair has been heralded as the establishment’s triumph over the party’s left-wing grassroots. But it’s a fight the grassroots didn’t pick, Alex Shephard explains at The New Republic: “Before Perez entered the race, the party was coalescing around Ellison as the natural choice to lead the party.” Denying the win to Ellison also shows, Shephard argues, that the Democrats haven’t learned the right lessons from their disastrous 2016: “In Perez, Democrats have made a small step” toward shaking up the party, “but they have also signaled that they don’t believe a major course correction is in order and that they are reluctant to make significant reforms.”

Science Writer: Why We’re Lonelier Than Ever

Loneliness is contagious — and now it’s gone viral. That’s the takeaway from Caroline Beaton at Psychology Today: “The General Social Survey found that the number of Americans with no close friends has tripled since 1985.” The question is, Why? First, it spreads: “People who aren’t lonely tend to then become lonelier if they’re around people who are.” And now the Internet has multiplied that effect: “One reason the Internet makes us lonely is we attempt to substitute real relationships with online relationships. Though we temporarily feel better when we engage others virtually, these connections tend to be superficial and ultimately dissatisfying.”

The Trump administration is rumored to be considering ending taxpayer funding for public broadcasting. That’s invited cries of “Save Big Bird!” But such protests totally miss the point, notes Jim Epstein at Reason: “About 70 percent of federal funding for public broadcasting goes to subsidize the operations of about 1400 local radio and television stations that primarily just rebroadcast national programs to their surrounding communities.” Cutting PBS and NPR funding wouldn’t kill Big Bird (“Sesame Street” was recently picked up by HBO) or shows like “Frontline.” In fact, “revenue and cost-savings through the recent FCC spectrum sale could keep even poorer rural stations up and running for years.” The truth, Epstein writes, is that “the case for maintaining federal funding for public broadcasting is to save — not Big Bird — but the jobs of the people who work in the industry.”

From the Right: McConnell’s Patience Pays Off

Senate Majority Leader Mitch McConnell is 2017’s man of the year, declares Matt Latimer in Politico. Latimer, a former speechwriter for George W. Bush who also briefly worked for McConnell in 2006, says “conservatives cheering Trump’s selection of Neil Gorsuch to the Supreme Court can thank McConnell for defying the odds — and some would argue, all precedents — by denying President Barack Obama the opportunity to replace the late Antonin Scalia upon his untimely death last February.” Then there’s President Trump’s Cabinet picks: McConnell has “so far gotten every nominee but one through.” And he’s just getting started: “It will be he who has to cobble together a majority for ObamaCare repeal, a tax reform package and an infrastructure bill that will alienate many of the fiscal hawks in his conference.”

If you really wanted to understand the practical purpose of the annual Conservative Political Action Conference, argues McKay Coppins at The Atlantic, it was in the “cavernous” exhibit hall “crammed with booths set up by right-wing think tanks, media outfits, pressure groups and publishers” — great for those “shopping for careers.” “The general vibe is that of a trade show, with attendees perusing pamphlets about DC internships, swapping Twitter follows, and taking selfies with minor cable news celebrities.” Indeed, far from a true representation of any right-wing ideology, CPAC has “mutated in recent years into a networking event for young ladder-climbers and fame-seekers looking to get ahead.”