Galleries Videos CONTACT ADVERTISE
Famagusta 29°
clear sky
BUSINESS EDUCATION ENTERTAINMENT HEALTH POLITICS SCIENCE SPORTS TECHNOLOGY
12:08 Guide To Online Sports Betting: How To Choose A Sportsbook
08:28 What Are Some Reasons to Consult a Brain Injury Lawyer?
09:24 Blockchain Solutions for Enterprises: How To Increase Efficiency And Profitability
07:06 How To Deal With A Car Crash In New York
17:43 Tips to keep in mind while choosing the casino site
11:34 Relation Between Employee Theft and Pre-employment Screening Check
04:37 Search your own desired site to play sports for betting
18:00 Top 3 Career Path Options for Business Analysts Preview
15:35 The history of Imen Jane, who is the influencer and the charges on the...
18:48 Sebastian Vettel's Greatest Races
BIST
1124
GOLD
459.836
USD
7.6713
GPB
9.8290
EUR
8.9257
Breaking News
Top 3 Career Path Options for Business Analysts Preview
Close

It’s been nearly 20 years since Princess Diana’s tragic death and so much about her life remains unclear. Rumors continue to swirl about her love interests and more, the most poignant of which calls into question the paternity of Prince Harry.James Hewitt,... 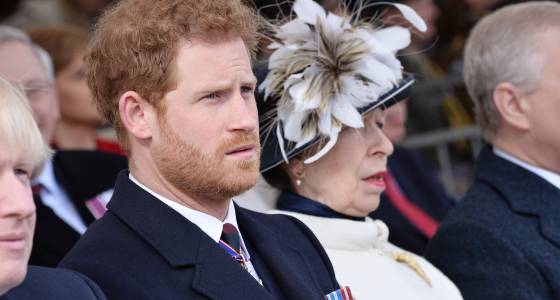 It’s been nearly 20 years since Princess Diana’s tragic death and so much about her life remains unclear. Rumors continue to swirl about her love interests and more, the most poignant of which calls into question the paternity of Prince Harry.

James Hewitt, who had an affair with the late princess in the late 80s, was asked about the two having a child together during an appearance on Australia’s “Sunday Night.” Rather than back down from the question or beat around the bush, he seized the opportunity to put false stories to bed. Hewitt claimed questions about him being Prince Harry’s father had been damaging, more so for the young royal.

Rumors have resurfaced about who fathered Prince Harry, photographed during a dedication service in London, on March 9, 2017. Photo: Getty Images

According to Page Six, this isn’t the first time Hewitt has spoken on rumors he’s Harry’s real father. He and others close to Diana have said that he came into Harry’s life when he was already a toddler. In fact, his affair with the beloved royal is said to have begun in 1986 — two years after Harry was born.

“I would like to unequivocally distance myself from the gutter quotes, attributed to my representative, that are not only unacceptable but totally misrepresent me,” Burrell told Daily Mail. “I will review how and why this ‘pitch’ ever came to pass without my knowledge.”