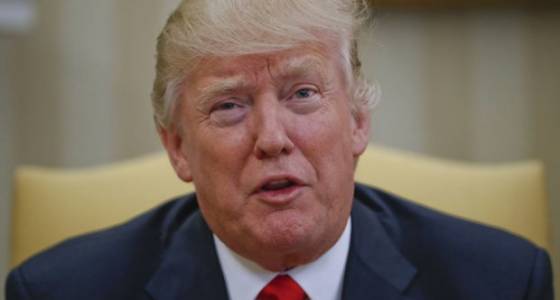 I will not be attending the White House Correspondents' Association Dinner this year. Please wish everyone well and have a great evening!

Shortly after Trump's tweet, the president of the White House Correspondents' Association, which sponsors the annual event, said in an email that the dinner would take place even without Trump's attendance.

"[The dinner] has been and will continue to be a celebration of the First Amendment and the important role played by an independent news media in a healthy republic," WHCA president Jeff Mason said. "We look forward to shining a spotlight at the dinner on some of the best political journalism of the past year and recognizing the promising students who represent the next generation of our profession."

Since Trump's inauguration, calls to boycott the annual event have grown louder amid his increasingly fraught relationship with the press.

In response to those concerns, the White House Correspondents' Association released a statement earlier this month, saying the dinner would continue to take place.

Liberal comedian Samantha Bee announced in January that she was planning an alternative event on the same night for "journalists and non-irritating celebrities from around the world." (Its tentative name: "Not the White House Correspondents' Dinner.")

Questions about whether the dinner was appropriate existed before Trump took office. The event is an annual gathering of journalists and the people they cover, typically headlined by the sitting president. The White House Correspondents' Association awards $100,000 in scholarships at its annual dinner, according to its website, and recently started a mentoring program that pairs working journalists with journalism students.

Trump has attended the dinner before.

In 2011, then-president Barack Obama roasted Trump at the dinner - five minutes of jokes directed at the man who had raised questions about whether Obama was born in the United States.

"No one is happier, no one is prouder to put this birth certificate matter to rest than the Donald," said Obama, who ultimately had released his birth certificate. "That's because he can finally get back to focusing on the issues that matter, like: Did we fake the moon landing? What really happened in Roswell? And where are Biggie and Tupac?"

At the time, Obama joked about Trump's experience to lead the nation.

"All kidding aside, obviously, we all know about your credentials and breadth of experience," Obama said. "For example, no seriously, just recently in an episode of 'Celebrity Apprentice,' at the steakhouse, the men's cooking team did not impress the judges from Omaha Steaks. And there was a lot of blame to go around but you, Mr. Trump, recognized that the problem was a lack of leadership and so ultimately you didn't blame Little John or Meatloaf - you fired Gary Busey. And these are the kinds of decisions that would keep me up at night. Well-handled, sir. Well-handled."

Obama ended his roast talking about the change a President Trump would bring to the White House.

Then he flashed a picture of the then-hypothetical Trump White house, emblazoned with pink neon and gold columns, with bikini-clad women relaxing in the fountain outside.

(c) 2017 The Washington Post. Amy B. Wang and Cleve Wootson wrote this story.