For more than a week, millions of viewers tuned in to YouTube for the chance to see a giraffe calf born live. A zoo in upstate New York set up of live stream. It’s been more than a week, but April, the 15-month pregnant giraffe Animal Adventure... 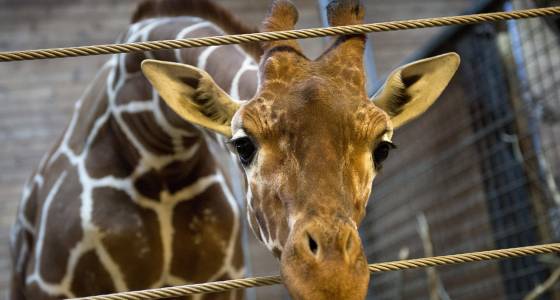 For more than a week, millions of viewers tuned in to YouTube for the chance to see a giraffe calf born live. A zoo in upstate New York set up of live stream. It’s been more than a week, but April, the 15-month pregnant giraffe Animal Adventure Park, has not given birth.

To watch the live stream, click here. More than 100,000 tune into the feed at any given time, Us Weekly noted Wednesday.

The Animal Adventure Park revealed giraffes go through a 15-month gestation period, but it’s unclear when April will give birth—even though she’s 15 months along. Labor can take two to six hours.

Since so many people are eagerly awaiting the arrival of a giraffe calf, April issued a tongue-in-cheek statement. “Hello, humans of the Internet. I,  April the pregnant giraffe , understand that you are interested in the impending birth of my calf. It is a joyous occasion to be sure and I'm happy to share my joy with the hundreds of thousands of people watching  my live stream on YouTube . But newsflash: Staring at me and demanding ‘Where’s that baby already??’ is NOT helping,” she said Wednesday, according to Today.com.

April continued: “I’m registered at Toys R Us, by the way. Something about the logo spoke to me.”

The sign of April being in active labor is when the hooves of the calf start to show. At birth, most calves weigh 15o pounds.

While it’s OK to watch from afar, April doesn’t want anyone to get too close. “What’s that? You want to touch my belly? Can I touch yours? Better yet, sure, come on over and try that. I have four good hooves that kick with the strength of a mighty freight train,” she said to Today.com. “So go ahead, tiny human, if you’re feeling lucky.”

April, the pregnant giraffe, is slated to give birth any day. Photo: Reuters