Poll: Should the Chrin Landfill be allowed a 33-acre expansion?

The Pennsylvania Department of Environmental Protection is weighing a request by the Chrin Brothers Sanitary Landfill for an expansion of its landfill along Morgan Hill in Williams Township. Several residents rose at a public hearing at Wilson Area... 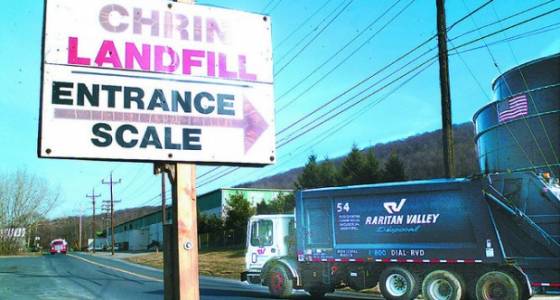 The Pennsylvania Department of Environmental Protection is weighing a request by the Chrin Brothers Sanitary Landfill for an expansion of its landfill along Morgan Hill in Williams Township. Several residents rose at a public hearing at Wilson Area High School Tuesday night to comment on the plan -- all but one of them urging the state to reject the expansion.

Many township residents have sought to block landfill expansions in the past, and they renewed concerns about odors, the proximity of expansion to homes, degraded property values and the possibility of sinkholes in the limestone geology beneath the landfill. Some cited the massive shift of a closed area of the landfill in 2013, which forced the closing of Industrial Drive. The owners attributed that failure to an earthquake centered in Virginia.

Chrin wants to accept an additional 6.15 million cubic yards of refuse by adding 33 acres to the dumping area, which would bring it to 106 acres. The expansion is proposed east of the current disposal area.

Those wishing to comment may submit written comments until 4 p.m. Jan. 27 to Colleen Connolly, community relations coordinator for the DEP, at coconnolly@pa.gov. The DEP could make a decision later this year.

What do you think? Should the Chrin Landfill be allowed to grow -- or should it be retired when it reaches the end of its current permit limitations? Have a say in our informal poll, and feel free to add to the discussion in the comments section.