Poll: Baseball speeds up the intentional walk -- a good idea?

Baseball's four-pitch intentional walk is now history. In an effort to shorten games, Major League Baseball and the Players Association agreed this week that pitchers will no longer have to lob four outside pitches to the catcher to grant an intentional... 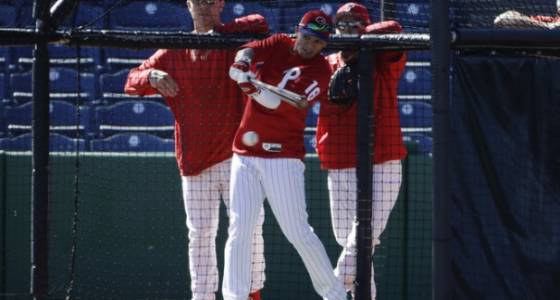 In an effort to shorten games, Major League Baseball and the Players Association agreed this week that pitchers will no longer have to lob four outside pitches to the catcher to grant an intentional free pass.

Instead, a manager will simply be able to send a "take your base" signal from the dugout to the umpire.

While that might make sense on some level -- softball and other leagues already use the pitchless freebie -- it isn't going to make much difference in pitch counts or the duration of games. An intentional walk takes less than a minute. Last year the average length of a game was three hours and six minutes. Intentional walks were employed about once every 2.6 games.

Still, this was one thing the two sides could agree upon. Commissioner Rob Manfred wants to pick up the pace of games. The players union has been reluctant to go along with most suggestions.

What do you think? Is the death of the four-pitch intentional walk a good thing for baseball and its fans? Have a say in our informal poll, and feel free to join the conversation: What else could baseball do to make the game more fan-friendly?