Galleries Videos CONTACT ADVERTISE
Famagusta 29°
few clouds
BUSINESS EDUCATION ENTERTAINMENT HEALTH POLITICS SCIENCE SPORTS TECHNOLOGY
12:08 Guide To Online Sports Betting: How To Choose A Sportsbook
08:28 What Are Some Reasons to Consult a Brain Injury Lawyer?
09:24 Blockchain Solutions for Enterprises: How To Increase Efficiency And Profitability
07:06 How To Deal With A Car Crash In New York
17:43 Tips to keep in mind while choosing the casino site
11:34 Relation Between Employee Theft and Pre-employment Screening Check
04:37 Search your own desired site to play sports for betting
18:00 Top 3 Career Path Options for Business Analysts Preview
15:35 The history of Imen Jane, who is the influencer and the charges on the...
18:48 Sebastian Vettel's Greatest Races
BIST
1128
GOLD
455.613
USD
7.6057
GPB
9.7627
EUR
8.8458
Breaking News
Top 3 Career Path Options for Business Analysts Preview
Close

The rookie police officer who fatally shot 12-year-old Tamir Rice outside a Cleveland recreation center in November 2014 was not charged for the boy's death because prosecutors said he didn't receive all the information he needed. Now the dispatcher... 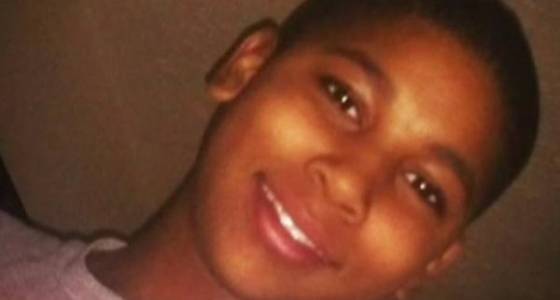 The rookie police officer who fatally shot 12-year-old Tamir Rice outside a Cleveland recreation center in November 2014 was not charged for the boy's death because prosecutors said he didn't receive all the information he needed. Now the dispatcher who failed to provide that information could be suspended from her job.

Dispatcher Constance Hollinger had a disciplinary hearing on Friday for failing to pass along to another dispatcher what a caller told her: that the pellet gun Rice was playing with when he died was "probably fake." Hollinger could face up to 10 days suspension without pay if Cleveland Police Chief Calvin Williams rules against her, Cleveland.com reported. There is no deadline for a decision.

One the day Rice was killed, Hollinger took a 911 call from a person reporting that a male was pointing a gun at people in a Cleveland park, but the caller added that the person "was probably a juvenile" and the gun was "probably fake." Hollinger failed to pass that additional information onto the next dispatcher, who sent officers to the scene expecting to find someone armed with a deadly weapon.

Police officers drove up up to Rice, who reached for the airsoft gun in his belt, probably to show the officers the gun wasn't real or hand it to them. Thinking that Rice was reaching for a weapon, Officer Timothy Loehmann fatally shot Rice within seconds of arriving at the scene.

A grand jury declined to indict Loehmann after Cuyahoga County prosecutor Timothy McGinty recommended no charges in the case, which he called a "perfect storm of human error, mistakes and miscommunications." In March 2016, McGinty was voted out of office after he lost every single precinct with black voting-age majorities to current Cuyahoga County prosecutor Michael O'Malley.

In April 2016, the city of Cleveland agreed to pay Rice's family $6 million, but did not admit wrongdoing by police.