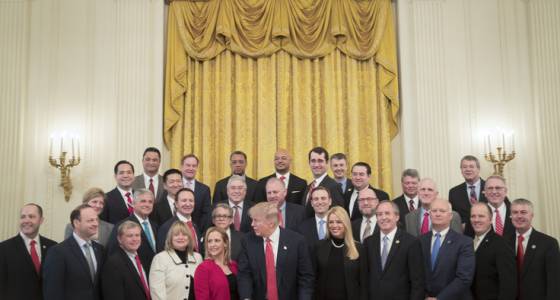 WASHINGTON - Attorney General Pam Bondi was at the White House today and got face time with President Trump.

Trump met with about 25 members of the National Association of Attorneys General. "Some great people, some great people," he said. "And up here," he added, looking around next to him.

Bondi, standing to his left, responded: "Thank you, Mr. President."

It's still unclear whether Bondi will take a job in the administration, as had been widely assumed.