Pam Bondi has been hanging with Donald Trump a lot lately

Remember when everyone thought Florida Attorney General Pam Bondi would get hired real quick by President Donald J. Trump?That seems so long ago. And still no job with Trump's administration.But don't despair Bondi and Trump watchers. The two appear... 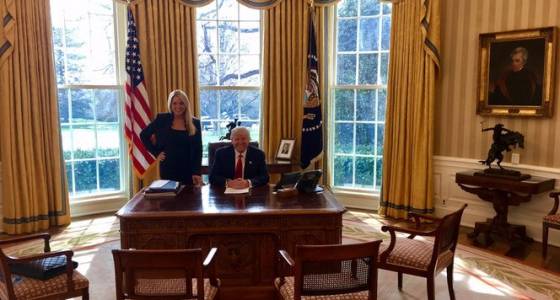 That seems so long ago. And still no job with Trump's administration.

But don't despair Bondi and Trump watchers. The two appear to be getting along great.

On Monday, Bondi tweeted a photo of herself and Trump in the Oval Office. "Love your new office and look forward to introducing you to all other AGs tomorrow!"

And on Feb. 18, she tweeted a photo of her and Trump and Melania, too.