'Overwatch' Lunar Crisis Map: Still Not Going To The Moon

On April Fools’ Day, Overwatch players got to live out their Reinhardt fantasies, but not much else. It seemed pretty odd for Blizzard, the company that loves April Fools’ Day and has done some sort of event for their games for the last decade, didn’t... 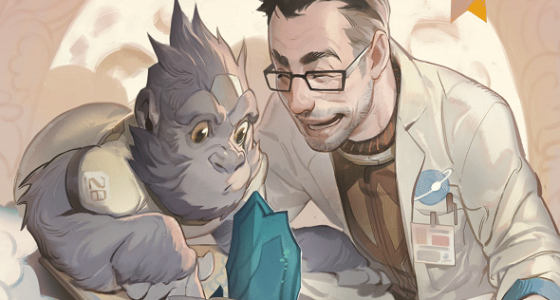 On April Fools’ Day, Overwatch players got to live out their Reinhardt fantasies, but not much else. It seemed pretty odd for Blizzard, the company that loves April Fools’ Day and has done some sort of event for their games for the last decade, didn’t do a damn thing for their most popular game. The Overwatch subreddit decided to play a little prank on their user base and added a “Lunar Crisis (Alpha)” popup to the page and fans believed it was real.

Posts saying the Lunar Crisis map is now available on the PTR started to pop up all over the subreddit, making those users look pretty dumb. The reddit hivemind is unforgiving, especially to those who fall victim to an April Fools’ joke. The same prank was played on the subreddit last year when Overwatch was still in beta, why change a prank if it’s going to keep working?

Overwatch brings players all over the world: from the gorgeous gardens of Hanamura, to the omnic sanctuaries of Numbani and the Oasis. It’s a game that collides actual places with imaginary locations, all rooted in reality. Now that Overwatch has established itself as geographically sound, what if they threw players for a loop and brought us the moon? We still don’t know much about the lunar base Winston grew up in besides what we saw in the original cinematic, there’s still so much left to learn.

I would love a Lunar Crisis map, where the gravity just a tiny bit, like Lawbreakers but with characters I actually care about.