Oscars 2017: Ryan Gosling Arrives With His Sister Mandi And Not Eva Mendes

Ryan Gosling, who was nominated for the Oscar for best lead actor for his role in "La La Land," arrived at Los Angeles' Dolby Theatre with his sibling Mandi and not his lady love Eva Mendes Sunday night. Many of his fans, who had hoped... 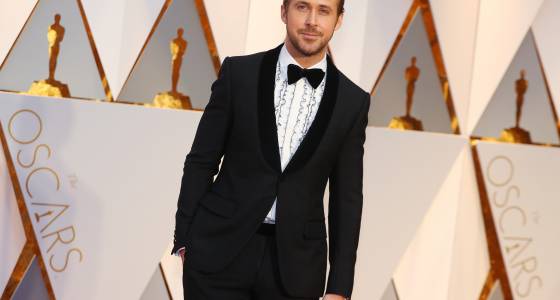 Ryan Gosling, who was nominated for the Oscar for best lead actor for his role in "La La Land," arrived at Los Angeles' Dolby Theatre with his sibling Mandi and not his lady love Eva Mendes Sunday night. Many of his fans, who had hoped to see their favourite actor with Mendes (the two haven't appeared in public together since 2015), were left sorely disappointed.

The Canadian actor's appearance at the Oscars sans Mendes was enough to send his fans on Twitter into a tweeting frenzy.

Gosling and Mendes have been together since they met on the sets of "The Place Beyond the Pines" in 2012. They have two children — Esmeralda, 2, and Amada, who is nine months old. Mendes was not seen with her beau even at the 2017 Golden Globes and SAG Awards.

During the Golden Globes ceremony, when Gosling accepted the award for Best Performance by an Actor in a Motion Picture — Musical or Comedy, he had given a shout-out to Mendes for keeping things together at home while he filmed "La La Land."

“I would like to try to thank one person properly and say while I was singing and dancing and playing piano and having one of the best experiences I’ve ever had on a film, my lady was raising our daughter, pregnant with our second and trying to help her brother fight his battle with cancer,” he said at the time. “If she hadn’t taken all that on so that I could have this experience, it would surely be someone else up here other than me today. So, sweetheart, thank you. To my daughters, Amada and Esmeralda, I love you."