Oregon to seek federal approval for tolls on metro freeways

The Oregon Department of Transportation plans to apply for one of three spots in a federal program allowing states to put tolls on their interstates, officials confirmed to The Oregonian/OregonLive. If the application is submitted and approved, tolls may... 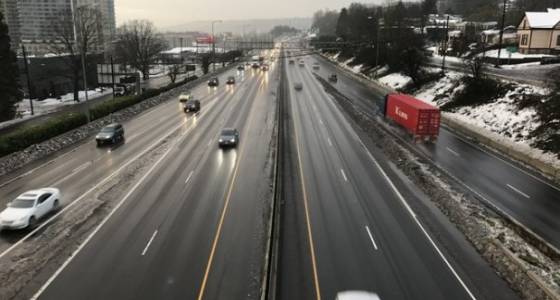 The Oregon Department of Transportation plans to apply for one of three spots in a federal program allowing states to put tolls on their interstates, officials confirmed to The Oregonian/OregonLive. If the application is submitted and approved, tolls may eventually be used to finance congestion-relieving upgrades to I-5 through the Rose Quarter or a widening of the Abernathy Bridge, which carries I-205 over the Willamette River in Oregon City.

Missouri, North Carolina and Virginia were originally selected for the federal FAST Act tolling program. But none of the states met the program deadlines. Oregon officials found out that North Carolina and Virginia have withdrawn from the program and believe Federal Highway Administration officials will accept new applicants, said ODOT Assistant Director Travis Brouwer.

"We are now beginning the process of exploring what it would take to get one of those slots," Brouwer said. "We expect we'll be opening up discussions between Oregon and the Federal Highway Administration in the near future."

The Federal Highway Administration has not publicly announced openings in the toll program, and Cynthia Essenmacher, manager of the tolling project, did not immediately return a request to confirm open slots.

Nevertheless, ODOT is getting ready to pounce at the opportunity.

As the meeting ended, Sen. Brian Boquist, R-Dallas, asked Garrett to send him more information so he can pass it along to "a certain congressman" -- a likely reference to U.S. Rep. Greg Walden, Oregon's only Republican in Congress.

"Those are key people who would be involved in making any decision on whether to move forward on tolling," Brouwer said.

Even if federal officials allow ODOT into the program, it would likely be years before drivers begin paying tolls on I-5 or I-205, he said.

"ODOT operates no toll facilities," he said. "We'd have to start on the ground floor, setting up a back office and infrastructure on the roads."

If federal officials don't approve Oregon for the program, tolls may still come to the Metro area. State lawmakers are working on a massive transportation spending package and considering tolls for financing congestion-relief projects in the Metro area, including the I-5 and I-205 projects.