Galleries Videos CONTACT ADVERTISE
Famagusta 27°
clear sky
BUSINESS EDUCATION ENTERTAINMENT HEALTH POLITICS SCIENCE SPORTS TECHNOLOGY
12:08 Guide To Online Sports Betting: How To Choose A Sportsbook
08:28 What Are Some Reasons to Consult a Brain Injury Lawyer?
09:24 Blockchain Solutions for Enterprises: How To Increase Efficiency And Profitability
07:06 How To Deal With A Car Crash In New York
17:43 Tips to keep in mind while choosing the casino site
11:34 Relation Between Employee Theft and Pre-employment Screening Check
04:37 Search your own desired site to play sports for betting
18:00 Top 3 Career Path Options for Business Analysts Preview
15:35 The history of Imen Jane, who is the influencer and the charges on the...
18:48 Sebastian Vettel's Greatest Races
BIST
1124
GOLD
458.997
USD
7.6460
GPB
9.7990
EUR
8.8844
Breaking News
Top 3 Career Path Options for Business Analysts Preview
Close

Updated: 4:00 p.m. While running for election, Donald Trump, who will be inaugurated Friday, promised to repeal the Affordable Care Act, which was signed into law by President Barack Obama on March 23, 2010. Trump hasn't said exactly what will replace the... 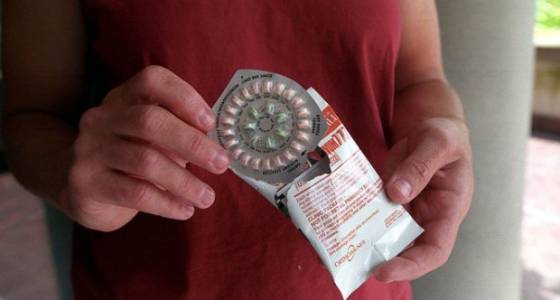 While running for election, Donald Trump, who will be inaugurated Friday, promised to repeal the Affordable Care Act, which was signed into law by President Barack Obama on March 23, 2010.

Trump hasn't said exactly what will replace the ACA. In an interview Wednesday, he said, "We're going to have a plan that's going to be great for people." But two Oregon lawmakers aren't waiting to find out. Instead, they are introducing legislation to protect and expand reproductive healthcare for Oregonians.

HB 2232 would also cover abortions, which the Bend Bulletin reports are not currently covered by state or federal law.

Jake Sunderland, spokesperson for the Oregon Department of Consumer and Business Service, told us over the phone Wednesday that while there aren't definitive numbers, most insurers in Oregon do currently cover abortion.

It should be noted that both the ACA and House Bill 2232 have exemptions for "religious employers."

Sunderland said that currently, "there's a broad set of women's health benefits" that must be covered under Oregon law, though many of those allow insurers to charge copays.

Generally, he said, the more money you pay for your plan, the cheaper your copays will be.

State law, however, is superseded by federal law. Under the ACA, many types of women's preventive health care, including mammograms, contraception, prenatal care, and breastfeeding support, generally must be covered with no "cost sharing" or copay.

A press release sent out Wednesday by the Pro-Choice Coalition of Oregon said that the Reproductive Health Equity Act will ensure "that Oregonians have coverage for the full range of preventive reproductive health services at zero out-of-pocket cost."

Rep. Jeff Barker, D-Aloha, one of the sponsors of HB 2232 along with Sen. Laurie Monnes Anderson, D-Gresham, told us over the phone Wednesday that this bill would mean coverage for reproductive health care with no copay for patients.

"It would be much cheaper to provide them with education and contraception," he added, "than [to provide for] an unwanted baby."

Sen. Laurie Monnes Anderson, the second sponsor of HB 2232, told us over the phone Wednesday that with no replacement for the ACA currently available, "We want to get ahead of what may happen at the federal level."

"We've always been first in all of these issues in the state of Oregon," she added.

Oregon is one of the few states that requires pharmacies to provide on-demand birth control pills and hormonal patches and the first state to require insurers to cover a 12-month supply of birth control at a time.

The bill will go to the House first, where Monnes Anderson expects the language will be fine-tuned and questions about specifics under the bill will be answered.

"Insurance carriers will definitely be at the table," she said.

According to the Guttmacher Institute, under the ACA, the percentage of women who received free birth control pills went from 15 percent before it became law to 67 percent after.

Jimmy Radosta, spokesperson for Planned Parenthood Advocates of Oregon, said Wednesday that the number of abortions in Oregon has declined over the last several years and is down 15 percent between 2011 and 2014.