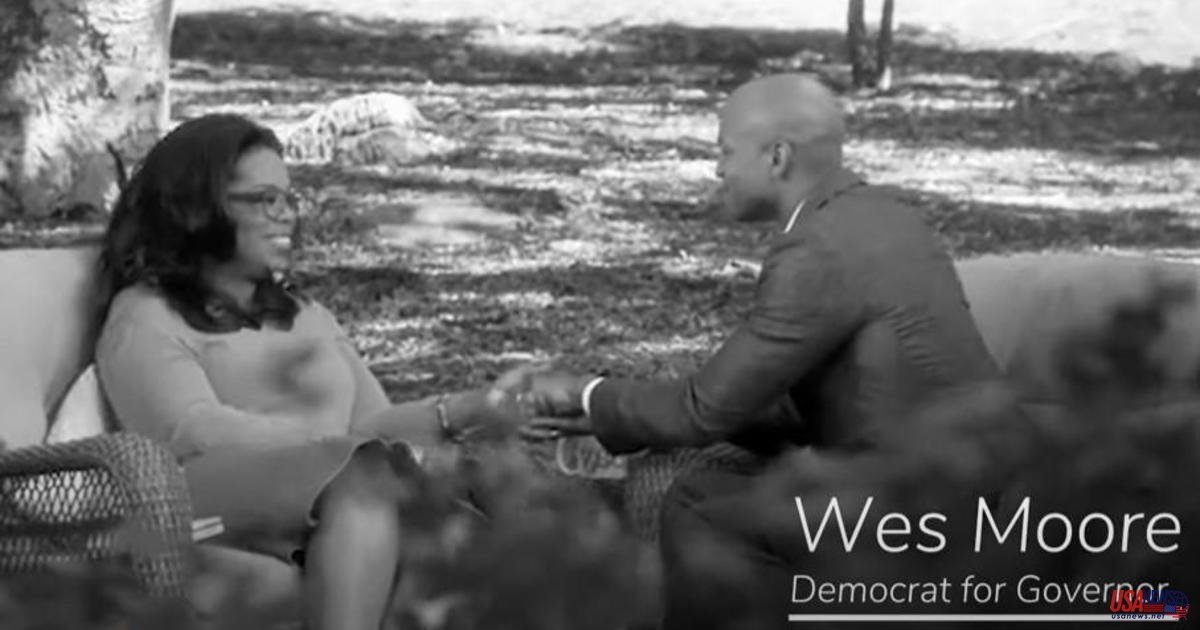 Oprah Winfrey, a former talk show host and media mogul, has created a new advertisement for Maryland Democratic candidate for governor Wes Moore. This ad was released less than two weeks prior to the state's primary elections.

The 30-second spot will air online and on TV. Winfrey speaks about Moore's childhood and describes him as "the kind of leader these times need."

The ad was launched using a six-figure ad purchase. Two other Moore ads have been on air for the past two months. According to AdImpact data, the campaign has been the highest spender of advertisements in the race with nearly $3 million.

Winfrey's endorsement was not the only thing that Winfrey did. She also raised more than $100,000 for Moore in a virtual fundraising event in June.

Moore is currently locked in a close Democratic primary to fill vacant seat of term-limited Republican Governor. Larry Hogan. Moore is down 1% according to an internal poll by Moore's campaign. Former Democratic National Committee Chair Tom Perez is third.

In June, a Goucher College independent poll had Franchot at 16% and Moore at 14%. The poll found that 35% of likely Democratic voters remain undecided.

In recent weeks, the Democratic Governor Association has used ads to boost Cox's profile, which has cast doubt on the 2020 presidential election results. A campaign by the DGA that highlights Cox’s endorsement of Trump, his conservative credentials regarding abortion, the Second Amendment, and the 2020 election has cost $1.4 million.

Schulz and her campaign condemned the ads while saying that Cox was "a pathological lie, a conspiracy nuts, and completely unfit to serve governor -- and that's precisely why the DGA is willing spend such a lot of money supporting him."

Sam Newton, DGA deputy communications director, responded by citing polls that showed Cox ahead of Schulz in single digits. He said that Cox's "front runner status, radical MAGA stances, and his current position, we are beginning the general election early and wasting not time to hold him responsible."