The German government is attempting to reform a law that discourages its citizens from hosting free and public Wi-Fi, reports said Monday. The draft law will exempt Wi-Fi providers from liability accruing as a result of someone using their... 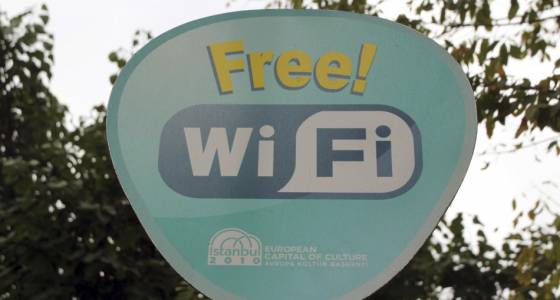 The German government is attempting to reform a law that discourages its citizens from hosting free and public Wi-Fi, reports said Monday. The draft law will exempt Wi-Fi providers from liability accruing as a result of someone using their internet connection to illegally download material.

The current law holds providers of free, unprotected Wi-Fi accountable for any crime committed by those using their internet connection, even if the Wi-Fi providers aren’t privy to the crime, according to the Local. For instance, if an individual violates copyright infringement law by downloading a Hollywood film while using his laptop at a café, the café owner can be sued by the studio.

The Economy Ministry's draft proposal to reform the liability law follows from a September verdict by the European Court of Justice, which ruled against the prosecution of those who provide open Wi-Fi. The current law also discouraged access to free and open Wi-Fi for German citizens. One government study, for instance, said that 59 percent of Germans do not offer a hotspot to internet users due to fear of being held liable for other people's actions.

The new draft proposal is, in fact, an amendment to an existing law introduced last year in July that attempted to do the same. However, it was unsuccessful in doing so because of poor phrasing and language, which enabled copyright lawyers to threaten Wi-Fi providers with legal consequences. The new draft specifies that Wi-Fi providers are to be free from injunctions and any such court costs.

The Economy Ministry, responsible for framing and introducing the amendment, suggested that it will aid the government policy of digitization through password-free Wi-Fi access for German citizens, according to Spiegel.

Germany lags behind several countries in providing its public access to internet. For every 10,000 residents in Germany, there are only 1.87 Wi-Fi hotspots. In comparison, there are 37.35 per 10,000 in South Korea and 28.67 per 10,000 in the United Kingdom, according to Reuters.