Ontario is right to crack down on ‘scalper bots’: Editorial | Toronto Star

You wouldn’t expect machines called “scalper bots” to be friendly entities, but for consumers around the world they are proving to be particularly fiendish foes. The Ontario government was right this week to open up a conversation about... 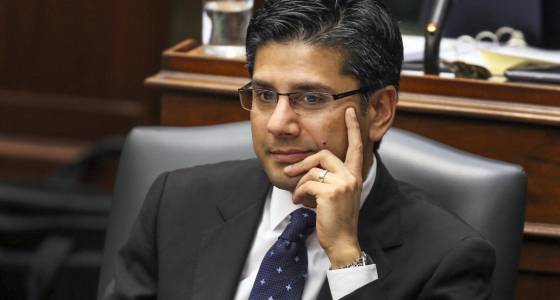 You wouldn’t expect machines called “scalper bots” to be friendly entities, but for consumers around the world they are proving to be particularly fiendish foes. The Ontario government was right this week to open up a conversation about how best to take them on.

The unfairness wrought by these computer programs, which snatch up tickets to concerts and sporting events en masse for resale, often at enormous mark-ups, was brought to national attention last summer during the Tragically Hip’s farewell tour. The Hip’s singer and lyricist, the beloved Gord Downie, had been diagnosed with terminal cancer, lending the tour a special poignancy. The event became a sort of collective celebration and mourning for a national symbol. Tickets, as you might expect, were highly coveted.

But within minutes of their going on sale on the Ticketmaster website, some 60 per cent were listed as sold. Almost simultaneously, tickets started appearing on resale sites like StubHub marked up to as much as $5,000. The band and fans alike were incensed and politicians took note.

This was by no means an isolated incident. Ontario legalized ticket scalping in 2015 in the hope that government would be able to regulate it in a matter that provided for consumers the same transactional ease and price competition that digital commerce has created in so many other arenas. The result, however, has been disastrous. Scalpers, not artists or venues, now largely control the supply and price of tickets.

The announcement Tuesday from Ontario Attorney General Yasir Naqvi that the province is launching a public consultation on possible solutions is welcome news. As many other governments have discovered, there is no simple solution to the complex problem of predatory digital scalping, which is often difficult to police due to jurisdictional ambiguity. But a few measures would go a long way to at least mitigate the worst impacts on consumers.

In New York State, where the problem is particularly acute, lawmakers have been exploring options with some success. Last year, the state leveled fines against six brokers – a rare enforcement. But in the process of the investigation, the state’s attorney general determined that online scalping was so lucrative that existing fines were insufficient deterrents.

The state subsequently changed the law, adding a requirement that resale platforms like StubHub clearly display the price they paid for tickets so that consumers can see the mark-up. Most significantly, the state made the use of scalper bots a criminal offence, punishable by extremely steep fines or even, in the case of some repeat offenders, imprisonment.

Ontario would be wise to look to the New York law as a model, as well as to recommendations made by the state attorney general that have yet to be adopted, such as a cap on the mark-up that brokers can charge. The province should ensure that predatory scalpers are not allowed to turn the joys of culture and sport into the exclusive domain of the rich.