We are heartened that the Coast Community College District Board of Trustees reconsidered — and rescinded — the unjust suspension and other sanctions of Orange Coast College student Caleb O’Neil over the video recording of his instructor’s... 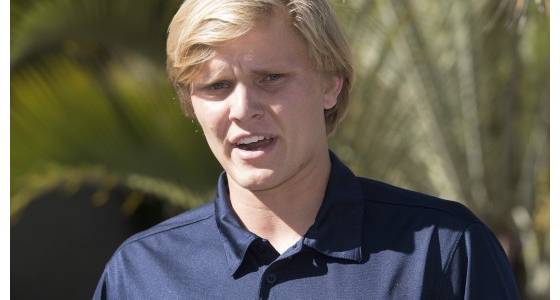 We are heartened that the Coast Community College District Board of Trustees reconsidered — and rescinded — the unjust suspension and other sanctions of Orange Coast College student Caleb O’Neil over the video recording of his instructor’s aggressive rant against President Donald Trump and his supporters. An amicable resolution should have been reached shortly after the issue was brought to the OCC’s attention — saving O’Neil, instructor Olga Perez Stable Cox and the OCC from the embarrassing national attention the school received for its initial punitive response — but the college’s move “to bring closure” to the case, as the Register reported, is better late than never.

More troubling, however, is that this is hardly an isolated incident. Though this case happened to take place in our backyard, intolerance of free speech on campus has been a nationwide problem, particularly for those conservative and libertarian students who depart from the progressive, politically correct orthodoxy enforced at so many colleges and universities.

It may not even be the only example at OCC. A response from Rob Schneiderman, president of the Coast Federation of Educators/American Federation of Teachers Local 1911, to a Register reader’s email was rather revealing. “First off, Olga is not going to be doing [any] apologizing,” Schneiderman wrote. “That is just kooky. She answered a student question and the right-wing secret police were collecting their video. We do not want to live in a world like that, do we? That is like China under Chairman Mao or East Germany.”

When the reader protested equating the incident with communist dictatorships, Schneiderman apologized, noting the late hour and the number of emails he had received.

Schneiderman is free to hold these views. Perhaps it shouldn’t have come from his employer’s email account, but OCC already showed its willingness to ignore the espousing of controversial viewpoints on OCC time, so this likely isn’t a concern for them, either. But it should be a concern for you. Because what he did do is something far worse: He told the truth. He confirmed what we all have suspected. Olga Perez Stable Cox won’t be punished because her colleagues are in agreement. O’Neil pulled back the curtain on the left-wing bias at OCC, but issues of liberal bias on college campuses is bigger than Cox and bigger than OCC.