Galleries Videos CONTACT ADVERTISE
Famagusta 35°
few clouds
BUSINESS EDUCATION ENTERTAINMENT HEALTH POLITICS SCIENCE SPORTS TECHNOLOGY
12:08 Guide To Online Sports Betting: How To Choose A Sportsbook
08:28 What Are Some Reasons to Consult a Brain Injury Lawyer?
09:24 Blockchain Solutions for Enterprises: How To Increase Efficiency And Profitability
07:06 How To Deal With A Car Crash In New York
17:43 Tips to keep in mind while choosing the casino site
11:34 Relation Between Employee Theft and Pre-employment Screening Check
04:37 Search your own desired site to play sports for betting
18:00 Top 3 Career Path Options for Business Analysts Preview
15:35 The history of Imen Jane, who is the influencer and the charges on the...
18:48 Sebastian Vettel's Greatest Races
BIST
1127
GOLD
475.156
USD
7.8230
GPB
10.1017
EUR
9.1445
Breaking News
Top 3 Career Path Options for Business Analysts Preview
Close

TRENTON -- The bomb threat phoned into a Camden County Jewish center on Monday was at least the eighth such hoax across New Jersey this year and one of dozens reported at religious facilities across the U.S., according to state and federal law enforcement... 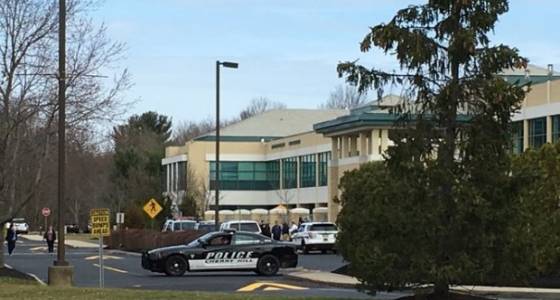 TRENTON -- The bomb threat phoned into a Camden County Jewish center on Monday was at least the eighth such hoax across New Jersey this year and one of dozens reported at religious facilities across the U.S., according to state and federal law enforcement officials.

More than 500 people poured out of the Katz Jewish Community Center in Cherry Hill on Monday morning -- just as the same scene played out at community centers around the country.

"I'm not angry. I'm not scared. I'm sad," said A.J. Greenetz, a personal trainer and nutritionist who works at Jewish community centers in several states. Monday was her third such evacuation.

"I'm sad that this is the way the country is going since January," she said.

All told, there were 21 threats called into 13 community centers and eight schools in 12 states, according to the JCC Association of North America. It was the latest of several waves of such threats phoned into Jewish facilities since January 1.

In all of the cases, police quickly swept the facilities and found no explosive devices. But the timing of the bomb threats and the fact they targeted religious institutions have the FBI and federal Justice Department conducting a civil rights investigation, according to a statement from the FBI's Philadelphia office.

New Jersey Attorney General Christopher Porrino also said his office was "coordinating and sharing information with our federal and local partners regarding this latest cowardly threat" and reaching out to the religious community.

Chris Rodriguez, the head of New Jersey's Office of Homeland Security and Preparedness, said in an interview that law enforcement agencies around the U.S. were comparing notes to stem the flow of such dangerous hoaxes.

He said in most cases, the Jewish centers received automated "robocalls" featuring what "appear to be female voices repeating essentially the same threatening information about a bomb at the facility."

Rodriguez said investigating the bomb scares will be more difficult than simply tracing the phone calls, comparing them to a string of "swatting" incidents in New Jersey in 2015 in which prank callers sent police armed in tactical gear to homes and businesses.

In such cases, callers can use internet services to "spoof" the call and display a phony number, masking the source of the threat.

Although none has been found credible, Rodriguez said, the centers have to take every threat seriously, leading to the evacuation of hundreds of children attending school and day care, elderly patients receiving physical therapy and others who rely on such facilities.

Rodriguez said the calls are also happening "against the backdrop of other incidents across the country," including the large-scale vandalism of headstones at two Jewish cemeteries and the distribution of white supremacist literature in several New Jersey towns.

So far this year, the state's Suspicious Activity Reporting System saw a jump in reported incidents compared to previous years, according to an unclassified memo from the homeland security office.

They included 19 incidents at religious facilities, including eight bomb threats targeting six Jewish community centers, according to the office's data.

In a statement, David Posner, an official at the JCC Association of North America, called on law enforcement and elected officials to "speak out - and speak out forcefully - against this scourge of anti-Semitism impacting communities across the country."

President Donald Trump has faced criticism for not coming out more forcefully against the anti-Semitic threats, and for dismissing the role his campaign rhetoric may have played in stoking it.

Last week, after another round of bomb scares, Trump said "anti-Semitism is horrible and it's going to stop and it has to stop."

On Monday, Rodriguez and other top law enforcement and intelligence officials held a briefing with religious leaders to update them on the investigation and encourage them to share any information with law enforcement. He said his office was asking anyone who received bomb threats to record the call and take down phone numbers.

The office's Interfaith Advisory Council, a group of religious leaders and police heads, will also discuss the matter at their regular meeting on Wednesday.

"As you can imagine, it's at the front of everybody's mind," he said.