Although Nicki Minaj often takes her time to respond to a diss so she can create a hit song, it looks like there is a big chance that the “Changed It” rapper will be outright ignoring the latest person who has tried to diss her: DJ Funkmaster Flex.After... 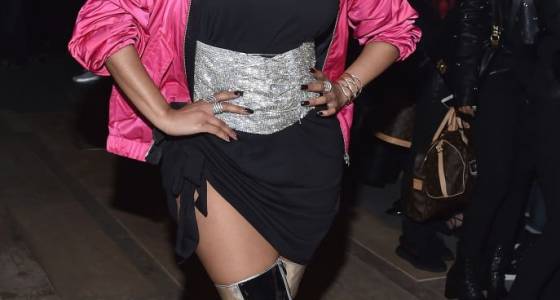 Although Nicki Minaj often takes her time to respond to a diss so she can create a hit song, it looks like there is a big chance that the “Changed It” rapper will be outright ignoring the latest person who has tried to diss her: DJ Funkmaster Flex.

After being shaded by the popular DJ, Minaj seems to be focused on her music and continuing to build her empire. On Monday, the rapper asked fans to vote in a poll to help her decide which music video she would make first.

The choice on the current poll is between “No Frauds,” Minaj’s diss track as a response to Remy Ma’s “shETHER” diss, or “Regret in Your Tears,” a track addressing her feelings following her break up with Meek Mill.

Fans can take the poll which will be open for 24 hours, located on Minaj’s Twitter account. Whichever song receives the most votes will be the song that the rapper makes a music video to first.

Despite the excitement mounting from fans over the potential new video, Minaj’s news comes after a night of controversy.

The drama started on Sunday night when Funkmaster Flex shaded Minaj after she released a playlist titled “Queens Got Da Crown” on Tidal. The playlist consisted of artists who hailed from Queens, including Nas, 50 Cent, Ja Rule, LL Cool J and more.

On Twitter, the rapper gave a special acknowledgment to DJ Clue who although was not featured on any of the songs, helped produce one. “Yo. @DJCLUE I put ‘best of me’ on there cuz u from Queens!” she tweeted.

Funkmaster Flex responded by telling Minaj that the DJ thinks her creations are “trash.” Whether he was referring to her new playlist, new songs or both categories is unclear.

Nonetheless, Minaj decided not to respond and instead got her fans pumped up for her future project.