Many news outlets had been excluded from a White House gaggle with press secretary Sean Spicer Friday afternoon, according to reporters present, sparking criticism from the White Property Correspondents' Association and other observers. The move comes amid... 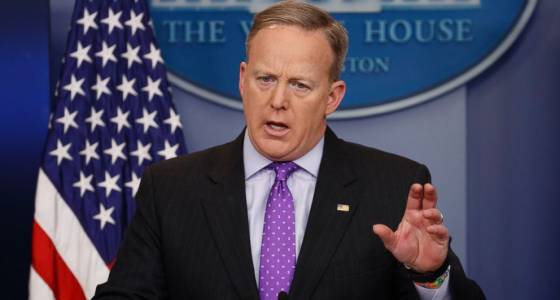 Many news outlets had been excluded from a White House gaggle with press secretary Sean Spicer Friday afternoon, according to reporters present, sparking criticism from the White Property Correspondents' Association and other observers.

The move comes amid President Donald Trump's ongoing battle with numerous news organizations, which he has characterized as "fake news" and the "enemy of the American Folks," an assertion which he doubled down on these days throughout the Conservative Political Action Conference.

The gaggle, which took spot in Spicer's office, was getting held in lieu of a standard briefing in the James S. Brady Press Briefing Space, which seats 49 reporters but is normally filled with other folks who line the sides and back of the area.

The outlets invited to join Spicer now included the Washington Instances, One particular America News Network and Breitbart News, as well as television networks like ABC, CBS, Fox News and NBC, Reuters, the Wall Street Journal and Bloomberg, among other individuals.

The New York Times, Los Angeles Times, Politico and CNN were among the group excluded from the meeting. Upon finding out of the restrictions, reporters from the Associated Press and Time boycotted the gaggle.

The session was recorded and eventually distributed to the White Residence press pool, like those excluded.

ABC News' Cecilia Vega challenged Spicer about the move, questioning if the outlets were excluded for the reason that the White Residence did not like their coverage.

"Mainly because we had a pool and then we expanded it," Spicer responded. "And we added some people to come cover it."

Vega noted that there was space in the space for other outlets.

"I recognize that there are way more than six that wanted to come in. We started with the pool and we expanded it," Spicer responded. "I believe we've gone above and beyond when it comes to accessibility and openness and obtaining folks, our officials our group, and so respectfully I disagree with the premise of the query."

In a statement, the White Home Correspondents' Association (WHCA) blasted the move.

"The WHCA board is protesting strongly against how today's gaggle is being handled by the White Residence," mentioned Jeff Mason of the WHCA board. "We encourage the organizations that were allowed in to share the material with other people in the press corps who were not. The board will be discussing this further with White Residence employees."

Earlier in the day in the course of a speech at CPAC, Trump attacked the media for reporting what he labeled as "fake news," and said he wanted the press barred from employing unnamed sources, in distinct. This, in spite of his administration's use of background briefings and insistence upon the exclusion by the media of officials' names when reporting on the facts from the briefings.

Trump did note, however, that he is a supporter of the Initially Amendment to the United States Constitution.

"I appreciate the Very first Amendment nobody loves it superior than me. No one," stated Trump.

White Houses' taking on the press or precise outlets is not unprecedented.

The Obama administration battled with Fox News, excluding anchor Chris Wallace from a round of Sunday show interviews with Obama in 2009.

“We just decided to stop abiding by the fiction, which is aided and abetted by the mainstream press, that Fox is a standard news organization,” said Dan Pfeiffer, the deputy White Home communications director, according to a New York Times report from the time.

Fox was also excluded from a network pool round robin interview with former pay czar Ken Feinberg on Oct. 22, 2009, but in the end relented when other organizations boycotted.

According to a Mediaite report at the time, the Treasury Division denied that Fox was excluded.

And former President Richard Nixon was privately recorded in the Oval Office in 1972 saying "the press is the enemy," according to a Occasions report. The tapes have been later released.