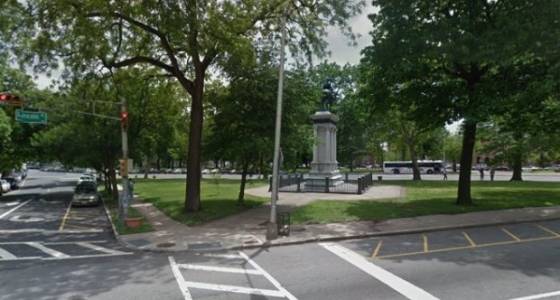 A man was shot and wounded near Lincoln Park in Newark on Sunday, police said.Google

NEWARK -- A man is in critical condition and investigators are searching for a pair of gunman who shot him near Lincoln Park in Newark on Sunday afternoon, police said.

The 4 p.m. shooting took place in a 3-story building on Lincoln Park, a street that runs along the west side of the triangular park, said Capt. Derek Glenn, a Newark Police spokesman.

The victim, a 26-year-old male, was hospitalized in critical condition, said Glenn.

Glenn said the victim appeared to have targeted, though no motive was given.

A pair of gunman were seen running from the building following the shooting, and Glenn said investigators are looking into that and other leads.