Opposing views of civil rights issues are a part of the fabric of America.Within the black community itself, Booker T. Washington and W.E.B. DuBois did not agree, nor did Malcolm X agree with the Rev. Martin Luther King Jr. Yet each became the embodiment... 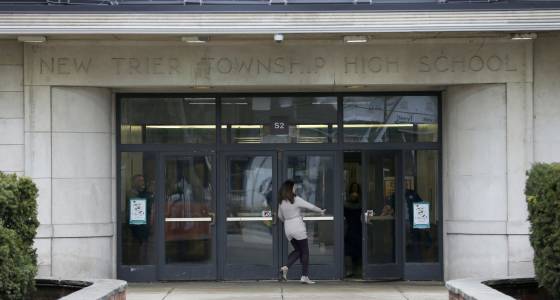 Opposing views of civil rights issues are a part of the fabric of America.

Within the black community itself, Booker T. Washington and W.E.B. DuBois did not agree, nor did Malcolm X agree with the Rev. Martin Luther King Jr. Yet each became the embodiment of black struggle in his own right.

New Trier's Seminar Day lineup on Tuesday offered an unbalanced view of what the organizers called "Understanding Today's Struggle for Racial Civil Rights." Racial civil rights may not be the correct term since modern-day American law protects each citizen's political and social freedom. "Race dictates everything" appeared to be the aim of New Trier's scheduled workshops.

In no way am I saying that racism does not exist and does not affect various aspects of society. However, today's struggle for civil rights needs to be an economic discussion. I would daresay that poverty, not racism, is the enemy to be eradicated. We have approached disparities from the lens of race for decades, and perhaps it is time to shift our view to economics.

Not only is this important in our national discourse, it is extremely important when it comes to presenting ideas to the next generation. There are a great number of black Chicago businessmen who have built multimillion-dollar businesses who advocate for development in blighted areas and are against mandates and government programs. None of these voices was represented on the Seminar Day lineup.

Educating children about race history is commendable as long as we are not building a perception of blacks as weak and incapable of self-reliance.

There are those who make their living by browbeating the public with racial issues and framing the case of poverty as a government problem. I wholeheartedly disagree. Poverty, especially generational poverty, is the greatest impetus for crime, and that is tearing black communities apart. Poor people are segregated into poor neighborhoods, and some have become dependent on those pushing their grievances.

From the Age of Enlightenment onward, the concepts of liberty, equality, justice and freedom have transformed civilization over the past 400 years — not only Western society, but all over the world. These concepts are not rooted in any racial theory. They stand for the opposite proposition: that all men and women — regardless of race, color, creed or social standing — have the same God-given, inherent right to pursue happiness as they choose to do so.

The equality promised from the Age of Enlightenment to this day is based on equality of opportunity. Racial quotas, preferences and other forms of discrimination that attempt to promote equality of opportunity in fact have the opposite effect. Such racial labeling is premised upon the idea that racial characteristics — not talent, skill, dedication, character and proficiency — determine success or failure in our society.

The fact is that the poor do not have equal opportunities in our society. Racial characteristics have nothing to do with it. Poor children, whether they are white, Hispanic, black, Native American or otherwise, do not have the opportunity to receive a quality education, to live in communities free of crime and violence, to have access to quality health and dental care, and to engage in the social, cultural and artistic experiences that are so important in the formation of the human psyche.

Discrimination is alive and well, but it is economic discrimination. It is an all too convenient excuse for those cosseted in comfortable surroundings to cry racism as the basis for the inequality in society. It is the social liberal, living a privileged life, interacting only with others who share his or her affluence, who is all too happy to ascribe the problems caused by poverty — illiteracy, recidivism, illegitimacy, substance abuse — to racism.

It is far easier to blame the racist of 200 years ago than to face in the mirror the indifferent hypocrite of today.

Corey B. Brooks is the pastor of the 1,500-member New Beginnings Church in Chicago's Woodlawn neighborhood.