MWC 2017: Sony Xperia XZ Premium Is The First Smartphone To Come With A 4K HDR Display 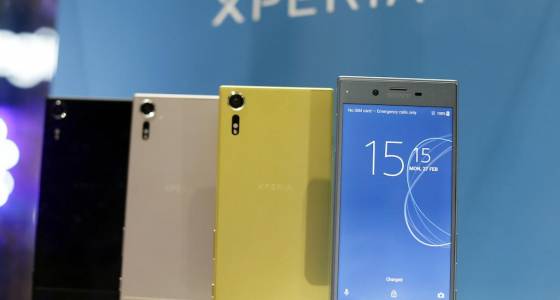 Sony has launched its latest flagship smartphone the Xperia XZ Premium at the Mobile World Congress 2017 in Barcelona, Spain. The device is the very first smartphone to feature a 4K display with HDR support.

The Sony Xperia XZ Premium comes with a combination of metal and Gorilla Glass 5 giving the handset that high-end look. However, the glossy glass panels for the front and back does make the device a fingerprint magnet, as pointed out by The Verge. The XZ Premium measures 7.9mm thin and it has been rated IP68 water- and dust-resistant, allowing the phone to be submerged in 1.5 meters (5 ft.) of water for up to 30 minutes.

The XZ Premium is equipped with a 5.5-inch LCD 4K (3,840 x 2,160) HDR screen. 4K resolution displays on smartphones aren’t unheard of, but the inclusion of HDR support is a first. This allows users to watch HDR content which features a wider range of colors and higher contrast. HDR content might not be ubiquitous, but streaming services like Netflix and Hulu are already offering some HDR content right now.

Under the hood, the Xperia XZ Premium is powered by the Snapdragon 835 processor with 4GB of RAM, 64GB of storage and a 3,230 mAh battery, according to Mashable. It also comes with expandable storage via microSD card (up to 256GB) and runs Android 7.0 Nougat straight out of the box.

For optics, on the back the device carries a 19MP “Motion Eye” camera. Sony has delivered a huge upgrade to the XZ line by adding features like Predictive Capture, Predictive Focus and 960 frames-per-second slow motion video. However, the front-facing 13MP remains to be similar to the one found on the Xperia XZ from last year.

Sony hasn’t given out details for the Xperia XZ Premium’s pricing, nor has it revealed a release date. Since the device will be powered by the Snapdragon 835 — the same chip that Samsung has allegedly hoarded for the Galaxy S8, it’s being speculated for a spring release.