Muslims must stand up for their Jewish neighbors | Letter

In recent weeks our country has seen new wave of anti-Semitism and bomb threats against our Jewish brother and sisters. Muslims of the Lehigh Valley stand shoulder to shoulder in solidarity with our Jewish neighbors. We Muslims reject and condemn unequivocal... 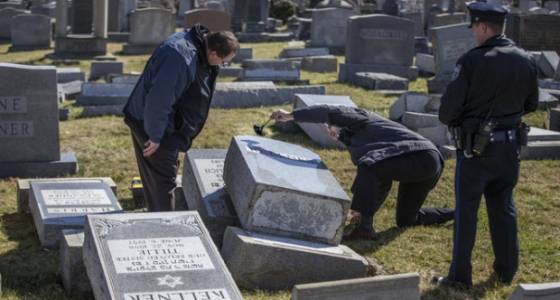 In recent weeks our country has seen new wave of anti-Semitism and bomb threats against our Jewish brother and sisters. Muslims of the Lehigh Valley stand shoulder to shoulder in solidarity with our Jewish neighbors. We Muslims reject and condemn unequivocal the hateful actions and express our deep sympathy and support to our Jewish community.

All Muslims in Lehigh Valley must speak up and condemn any actions that serve to divide, stigmatize and incite prejudice against any people of faith or race.

Many Muslims still believe one should not engage in politics, and question how the prophet who brought Allah's final message to mankind could be involved in politics. This reflects Muslims' lack of understanding of politics and prophetic history. Islam encompasses all aspects of life and political engagement was an essential part of the prophet's message, which cannot be separated.

We need to understand the nature of society at the prophet's time and today. Injustice, oppression and tribalism were practices that characterized Arabian society at the time. Today Muslims are afflicted by many of the same problems; idol-worship has been replaced by the worship of nationalism, money, power, lust and materialism.

In the reign of Donald Trump, Muslims are the new Jews, as fascism goes mainstream. Muslims are politically prioritized public enemy number one. Muslims are punished for their faith. If the president wishes to attack Muslims and Jews,   he can count on my resistance to speak up and be silent no more!

Fascism is fickle. Yesterday it was Jews, today it's Muslims, and tomorrow it could so easily be you.