Meet the terrorist behind the next women’s march

Here’s the left’s next great idea for bringing down President Trump: another women’s march. Which means another public instance of Trump haters shouting slogans to one another and mistaking it for constructive politics. What progressives need to defeat... 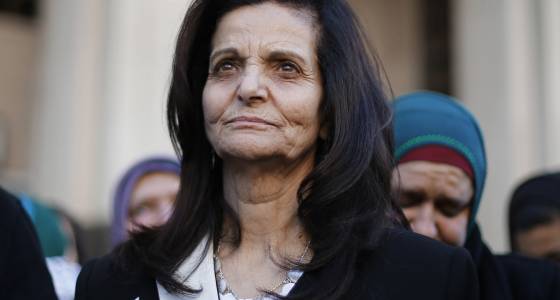 Here’s the left’s next great idea for bringing down President Trump: another women’s march. Which means another public instance of Trump haters shouting slogans to one another and mistaking it for constructive politics. What progressives need to defeat Trump is outreach, but all they have is outrage.

On March 8, organizers seem to be aiming for a different vibe than the librarians-in-pussy-hats element that made the first women’s march after Trump’s inauguration so adorable.

Instead of milling around Washington, organizers have in mind a “general strike” called the Day without a Woman. In a manifesto published in The Guardian on Feb. 6, the brains behind the movement are calling for a “new wave of militant feminist struggle.” That’s right: militant, not peaceful.

The document was co-authored by, among others, Rasmea Yousef Odeh, a convicted terrorist. Odeh, a Palestinian, was convicted in Israel in 1970 for her part in two terrorist bombings, one of which killed two students while they were shopping for groceries. She spent 10 years in prison for her crimes. She then managed to become a US citizen in 2004 by lying about her past (great detective work, INS: Next time, use Google) but was subsequently convicted, in 2014, of immigration fraud for the falsehoods. However, she won the right to a new trial (set for this spring) by claiming she had been suffering from PTSD at the time she lied on her application. Oh, and in her time as a citizen, she worked for a while as an ObamaCare navigator.

You can see why she’s a hero to the left. Another co-author, Angela Davis, is a Stalinist professor and longtime supporter of the Black Panthers. Davis is best known for being acquitted in a 1972 trial after three guns she bought were used in a courtroom shootout that resulted in the death of a judge. She celebrated by going to Cuba.

A third co-author, Tithi Bhattacharya, praised Maoism in an essay for the International Socialist Review, noting that Maoists are “on the terrorist list of the US State Department, Canada, and the European Union,” which she called an indication that “Maoists are back in the news and by all accounts they are fighting against all the right people.” You know you’re dealing with extremism when someone admits to hating Canada.

The International Women’s Strike is meant to be a grass-roots affair, with womensmarch.com promising more information about how to participate in local protests across the US. Women around the country are being urged to walk off their jobs and join a demonstration near them.

According to The Guardian piece, women should spend their day “blocking roads, bridges, and squares, abstaining from domestic, care and sex work” and “boycotting” pro-Trump businesses. Also every woman is supposed to wear red in solidarity.

The bristling tone of the manifesto and its call for a “militant” uprising are yet another indicator that liberals are increasingly willing to justify violence in the name of opposing Trump. After the Berkeley campus erupted in flames and violence to protest the planned appearance of Milo Yiannopoulos, many progressive activists took to Twitter to cheer them on. Hollywood stars Debra Messing and Sarah Silverman both tweeted their support, with Messing saying, “RESISTANCE WORKS” and Silverman ranting: “WAKE UP & JOIN THE RESISTANCE. ONCE THE MILITARY IS W US FASCISTS GET OVERTHROWN. MAD KING & HIS HANDLERS GO BYE BYE.”

Progs are equally enthusiastic about the idea that it’s OK to punch people as long as you hate them: “Stranger Things” star David Harbour said at the Screen Actors Guild awards, “We will, as per Chief Jim Hopper [the character he played on the show], punch some people in the face when they seek to destroy the weak and the disenfranchised and the marginalized.” Nice liberal Democrats should be aware that this newer, angrier cohort is just as hostile to their own party. “I have problems with the Democratic Party that is just as linked to the corporate capitalist structure as the Republican party,” Davis said at a rally last year.

Anti-Trump activism seems to have little to do with the political arts required to win elections — finding common ground, forging alliances, making friends. Instead all of these demonstrations are about denouncing enemies, and making yourself feel better about the November defeat by gathering publicly with those who share your rage. This sort of thinking leads to such self-defeating acts as interrupting traffic in places like New York City (where Trump got 18 percent of the vote) or San Francisco (9 percent).

If you want to persuade working-class Trump voters in Wisconsin to join your cause, annoying rich liberal Democrats trying to get to work a thousand miles away is a strange way to go about it.