Despite Remy Ma’s diss record against his ex-girlfriend Nicki Minaj it looks like Meek Mill is attempting to stay out of the drama. On Monday, the rapper shared a photo on Instagram letting people know that he would be staying silent.Meek Mill posted... 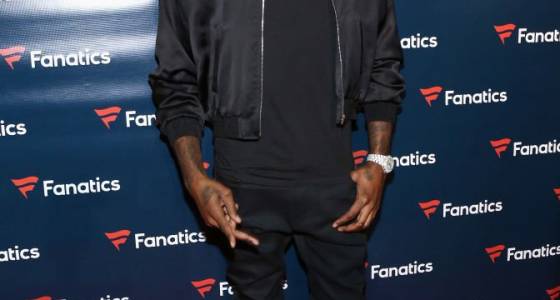 Despite Remy Ma’s diss record against his ex-girlfriend Nicki Minaj it looks like Meek Mill is attempting to stay out of the drama. On Monday, the rapper shared a photo on Instagram letting people know that he would be staying silent.

Meek Mill posted a photo of himself and a friend. In the photo, it looks like the two men are having a conversation and the rapper is attentively listening to his pal’s words. The MMG rapper captioned the picture as if his friend was telling him not to say anything.

As for not speaking, it is likely that Meek Mill is referring to the drama that happened over the weekend when Remy Ma released a diss record called “Shether.” In the song, the rapper claimed that she spoke with Meek Mill who revealed Minaj had butt implants.

Remy Ma went on to say that Meek Mill told her Minaj’s butt implants popped and he was upset because the couple couldn’t be intimate for three months while she recovered. Remy Ma also called Minaj out on breaking up with her boyfriend and taking a picture with Drake shortly after their split.

She went on to blame Minaj for starting the beef between Drake and Meek Mill, alleging that the rapper fueled the fire by telling her boyfriend things about Drake.

Although Meek Mill has hinted that he won’t be making any comments, he could have passed along some information about his ex to Remy Ma. The rapper seemed bitter when Minaj ended their relationship and mocked her fashion choices by posting a photo of a shoe his ex-girlfriend wore. “If you walk out don’t wear these they wack,” he captioned the picture.

Remy Ma released the track shortly after Minaj’s song “Make Love.” In the song with Gucci Mane, Minaj called herself the rap queen and alluded to another female who was jealous because of her success.