CaptionCloseThe future is bright for clean energy in Texas. That’s the message from a recent Environmental Defense Fund report, which once again highlights Texas’ clean energy strengths. We are the nation’s leading producer in wind energy.... 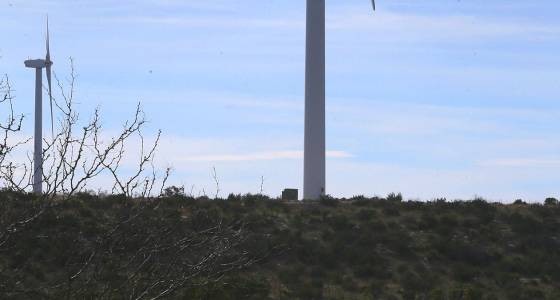 The future is bright for clean energy in Texas. That’s the message from a recent Environmental Defense Fund report, which once again highlights Texas’ clean energy strengths.

We are the nation’s leading producer in wind energy. Back in 2005, state officials, including former Gov. Rick Perry, now head of the U.S. Department of Energy, saw how building transmission infrastructure would open the market for affordable wind energy. It made for good environmental and economic policy.

In some instances, wind energy is producing electricity cheaper than other options in parts of Texas and many Midwestern states, and without subsidies, according to a recent study from the University of Texas at Austin’s Energy Institute.

We are also blessed with an abundance of sunshine for solar power, a technology that will almost certainly become less expensive over time, experts have said. This portends strong growth as reflected in shifting solar power projections from the Electric Reliability Council of Texas, or ERCOT. In 2014, ERCOT projected solar would account for 6 percent of Texas’ power mix in 2030. But in 2016, that estimate jumped to 16 percent. At present, it’s less than 1 percent.

And, of course, Texas is home to one-third of the country’s natural gas reserves, a far cleaner and cheaper alternative to coal. A 2016 Brattle Group report for the Texas Clean Energy Coalition found that by 2035, 85 percent of our energy mix will come from renewable and natural gas sources. The Brattle Group also found that by letting market forces play out, carbon dioxide emissions in Texas in 2035 will be 28 percent below 2005 levels.

Mix in improved energy efficiency — Texas is arguably the state with the most room for improvement — and the path forward is clear even without federal guidance.

While Texas has not set aggressive regulatory clean energy standards, it does have an opportunity to model the power of market forces to achieve the same goal. For those opposed to burdensome regulations, Texas could be a model for another way to promote clean energy.

Coal production is on the decline. Old and inefficient coal power plants can’t compete with cleaner natural gas plants. Solar is untapped, and technology is driving down costs. Those state leaders who find regulations anathema should focus on market forces to cultivate clean energy. In the absence of regulation, put the argument to good use.