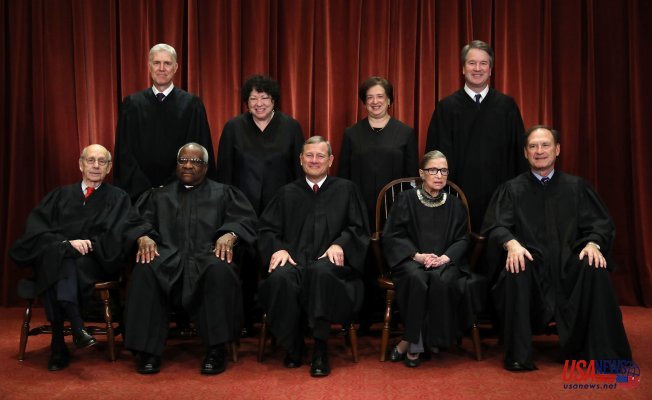 On September 18, 2020, the US lost one of its most dedicated public servants when Associate Supreme Court Justice Ruth Bader Ginsburg passed away. As the Senate rushed through the confirmation of President Trump’s nominee to fill the vacancy, opposing Democratic leaders and many voters felt angered over what they saw as a cynical power grab by the Republican-controlled Senate. On October 26, a week before Election Day, Judge Amy Coney Barrett was confirmed in a 52-48 vote under the Republican majority as Ginsburg’s successor.

These events have left Americans wondering about the advisability of changing the way the country handles Supreme Court appointments. Luckily, the organization No Labels is here to help by providing easy-to-understand information about the Supreme Court that all Americans should know.

Founded a decade ago during one of the most rancorous and partisan political seasons ever, No Labels is dedicated to thoughtful collaboration and bi-partisan problem-solving beyond labels of right, left, Democrat, or Republican. It has even helped shape new legislative agendas, such as that of the Problem Solvers Caucus in the House of Representatives. This group consists of equal numbers of representatives of both parties, all of whom seek to get things done on behalf of the American people in a spirit of compromise.

The US Constitution, in establishing the Supreme Court in Article III, says nothing about lifetime appointments to the court. The language says merely that Justices continue in their offices “during good behavior.” The subsequent judicial interpretation of this language has been to permit the Justices to serve until they die or retire, being subject to removal only by impeachment. So, while lifetime appointments are the practice in American tradition, they are not enshrined as law.

Some 870 federal judgeships come with lifetime appointments under the current interpretation of Article III. All are filled through presidential nomination and Senate confirmation. These seats include the nine Supreme Court Justices, 179 on the US Courts of Appeals, 673 on the District Courts, and nine on the US Court of International Trade.

In total, there are close to 1,770 authorized judgeships established in more than 200 courts across the federal system. The approximately 900 federal court judgeships that do not come with lifetime appointments include judges in the US Bankruptcy Courts as well as federal magistrate judges.

At the state level, almost all Supreme Court Justices are elected by voters or appointed by the governor. Lifetime positions are decidedly uncommon. Only Rhode Island provides for lifetime Supreme Court judgeships without a mandatory retirement age. In most other states, Supreme Court judges serve anywhere from six- to 14-year terms. In Massachusetts and New Hampshire, they technically serve lifetime appointments, but must retire at age 70.

US Supreme Court Justices’ terms have lengthened over the years. The current average tenure of the Justices is now 26 years, an exponential rise from the average term of under eight years served by the first 10 justices. Until 1970, the average term was still only 15 years. Justice Ruth Bader Ginsburg served for 27 years; Justice Antonin Scalia served for 30.

Among all democracies in the developed world, the US is the only one with lifetime judicial appointments. Most peer countries have either established age requirements, mandated limited terms, or both. In the United Kingdom, for example, members of the judiciary appointed after 1995 are required to retire by age 70. Similar requirements hold true in Canada and Australia.

The reason the US allows lifetime terms can be traced back, in part, to the greater age of our founding documents dealing with the subject. In the late 18th century, most people simply didn’t live as long as we do today.

Another important consideration: The founders wanted federal judges to maintain impartiality, which becomes harder to do when they are expected to curry favor with voters over regular election cycles.

Alexander Hamilton himself argued against term limits or a mandatory retirement age for Supreme Court justices. In his words, very few individuals “outlive the season of intellectual rigor.”

It would be easier to abolish lifetime Supreme Court appointments than many voters think. Legal scholars say it almost certainly would not require a new amendment to the Constitution. Nor would term limits necessarily violate Article III’s “good behavior” clause. Most experts believe that Congress could implement the change via legislation. Representative Ro Khanna (D-CA), supported by other House Democrats, has already begun working on such a bill, the proposed Supreme Court Term Limits Act.

“We can’t face a national crisis” whenever the country is suddenly confronted with a Supreme Court vacancy, Khanna said in a press release. And, in fact, more than three-fourths of Americans responding to a May 2020 PSB Insights poll were in favor of Supreme Court term limits.

Khanna’s proposal, among the most viable suggestions to emerge recently, would limit Supreme Court Justices’ terms to 18 years. After stepping down, a Justice would still be able to serve on lower courts in a senior capacity, something a number of retired justices have already done.