LG finally took the wraps off the G6 flagship phone at the start of this year’s Mobile World Congress in Barcelona, Spain. The South Korean electronics company proudly showcased the modular G5’s successor, and it is, as expected, nowhere similar to its... 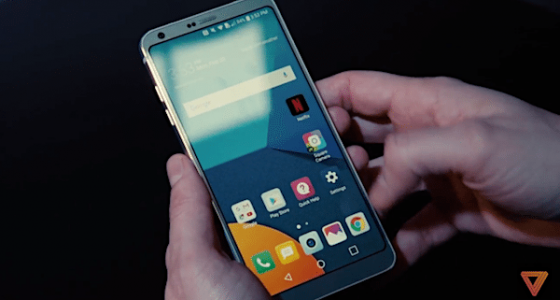 LG finally took the wraps off the G6 flagship phone at the start of this year’s Mobile World Congress in Barcelona, Spain. The South Korean electronics company proudly showcased the modular G5’s successor, and it is, as expected, nowhere similar to its predecessor. LG decided to take the familiar and somehow boring path of the chocolate bar design of smartphones. However, it’s clear that the company wants consumers to notice more the stellar specs and features it managed to pack in a surprisingly and relatively small device.

Right off the bat, the G6 attracts attention with its almost all-display front. Previous leaks and rumors got it right when they said that LG was working on a 5.7-inch display with 18:9 aspect ratio and 1440 x 2880 screen resolution. The confirmed pixel density of the screen is 564 ppi, which is slightly lower than the Samsung Galaxy S7’s 577 ppi but is undeniably bigger than the G5’s 554 ppi. The tall display (or wide) is a stunner, and it complements some software tweaks LG did to make the user experience more streamlined.

The most obvious advantage of the unique aspect ratio is found in the Camera app, which now shows two adjacent squares or 1:1 photos. This setup basically lets users take photos on one square while also previewing or editing a previously taken shot on the other. The Verge says there is also this feature that lets one use an earlier picture act as an overlaid guide to capture an almost identical shot. There are many other shooting modes as well, and most if not all of them take advantage of the Fullscreen UX software of the G6.

Just like what previous rumors claimed, the G6 comes with an almost bezel-less screen. Though one cannot really call this edge-to-edge display given the still visible bezels on either side and the significantly thinner bezels at the top and bottom of the display, the G6 impresses with its screen-to-body ratio and the fact that the handset is smaller than the Pixel, even though the latter only has a 5-inch screen. The corners of the screen are also designed to be curved because LG says this will help protect the phone in case it slips and falls onto the ground.

The G6 is not about gimmicks. And because the focus is on the hardware itself, LG did a great job in coming up with a device that looks and feels premium. The handset is IP68-certified waterproof and, in part, this is thanks to LG ditching the Friends-branded peripherals and the modular design of the previous flagship phone. Also, the new smartphone is made up of different types of sturdy glass. On the front it has Gorilla Glass 3, while the back is encased in Gorilla Glass 5. For protection of the dual-camera lenses, LG decided to cover them with Gorilla Glass 4.

Perhaps the only known downsides of the new LG flagship is the difference in onboard storage and audio technology of the international version from the Asian market version. The former —which will come to the U.S., the Middle East, Europe and other parts of the world — will only come with 23GB of internal memory. On the contrary, the latter will launch with 64GB. The consolation here is both versions do have microSD card slots. Unfortunately, only the Asian market version is sporting quad DAC that LG introduced with its V20 smartphone last year. In spite of this, U.S. consumers can still rejoice since the version hitting U.S. shores will come equipped with wireless charging, as per Greenbot.

Other specs and features of the LG G6 as presented at MWC 2017 include the Qualcomm Snapdragon 821 chipset, 4GB RAM and the 3300 mAh battery. The display has support for Dolby Vision and HDR10 HDR videos. The front-camera has a 5-megapixel sensor and a 100-degree field of view, while the dual cameras at the back have 13 megapixels each. Finally, it runs on Android 7.0 Nougat out of the box. No word on the pricing and the exact release date of the handset yet.

What do you think of LG’s rival phone for the Samsung Galaxy S8? Sound off in the comments below.