It isn’t every day that a state senator is forcibly removed from the Senate floor, but that is exactly what happened to state Sen. Janet Nguyen, R-Garden Grove, yesterday. Her crime? Holding an opposing viewpoint.“She was declared to be out of... 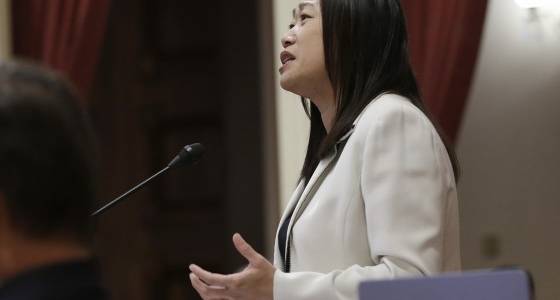 It isn’t every day that a state senator is forcibly removed from the Senate floor, but that is exactly what happened to state Sen. Janet Nguyen, R-Garden Grove, yesterday. Her crime? Holding an opposing viewpoint.

“She was declared to be out of order, her microphone was cut off and she was repeatedly told to take her seat by presiding Sen. Ricardo Lara, D-Bell Gardens,” the Register noted. “However, she continued to speak until Lara ordered the sergeants at arms to escort her from the Senate chambers.”

She had risen to offer remarks critical of the late former Sen. Tom Hayden for his opposition to American involvement in Vietnam, which included friendly visits to communist North Vietnam and Cambodia during the war. On Tuesday, Hayden was lionized in a memorial ceremony by Democrats on the Senate floor. So why, on Thursday, could Sen. Nguyen not offer another view in that same chamber? Because, according to the Sacramento Bee, “Hayden had never impugned her.”

The rule appears to be similar to one used against U.S. Sen. Elizabeth Warren, D-Mass., when she attempted to read a 1986 letter from Coretta Scott King that was critical of Jeff Sessions. State Republicans seem to think so. They have adopted the hashtag #shepersisted, which gained a following after Warren continued her speech on the other side of the Senate doors.

And, just like Sen. Warren, state Sen. Nguyen should have been allowed to speak. Offering respectful criticism of fellow lawmakers, or former lawmakers, is reasonable. But crushing dissenting speech is a grave problem, regardless of which party wields the gavel.

If Senate Democrats can praise Hayden’s legacy on Tuesday, Nguyen can speak for herself, her family and millions of Vietnamese Americans that lived through the war about the effects of his legacy on them on Thursday.

Nguyen could have made a scene during his memorial ceremony. But she remained respectful. She tried to find a moment that was more respectful, and was met with parliamentary jujitsu.

Nguyen’s entire remarks can be read on her Senate website. They are critical, but respectful. This is the kind of behavior we expect from our elected leaders, not forcibly removing someone because they do not share the same views.