Sherry Stock A recent story in The Oregonian story highlighted a stark and unjust new reality for people injured through the negligence or ill intent of others. ("Judge slashes $10.5 million jury award to $500,000 in case of man who lost leg," Jan. 27)... 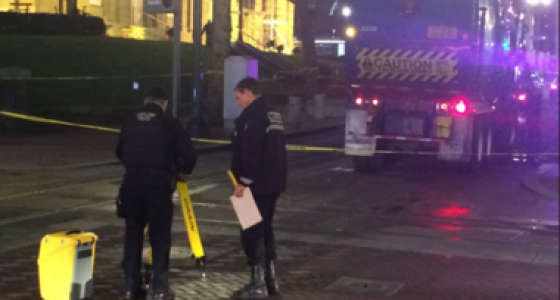 A recent story in The Oregonian story highlighted a stark and unjust new reality for people injured through the negligence or ill intent of others. ("Judge slashes $10.5 million jury award to $500,000 in case of man who lost leg," Jan. 27)

Scott Busch was crossing the street in a marked crosswalk with the walk signal when a garbage truck made an illegal turn, severing his left leg above the knee. Even with the heroic efforts of police officers who applied a tourniquet on site, the doctors were unable to save Scott's leg. Now he lives in constant pain with a prosthetic leg. His life was forever changed that day due to no fault of his own. Scott turned to the court system to hold the driver and the garbage truck company responsible for his injuries. After hearing the facts of the case, the jury deliberated and agreed to compensate Scott with $10.5 million for the physical pain, mental suffering, emotional distress and change of lifestyle caused. It was a strong statement from the citizen jury to hold the company accountable and to assist Mr. Busch in a life forever changed.

But in January, the company held responsible for the accident was successful in convincing a judge to erase the jury's decision. The jury's award was slashed to $500,000.

It isn't right, but it is now legal for a jury's decision to be ignored. In May of 2016 an Oregon Supreme Court ruling took away juries' rights to determine such awards. This was counter to the will of Oregon voters who, in 2000 and 2004 were asked to accept such limits. Both times Oregon voters said NO!

After the ruling, more than 20 advocacy, legal, faith and labor groups united to form the Restore Justice for Survivors coalition to urge Salem lawmakers to support legislation to restore case by case justice for injured Oregonians.

Share your opinion Submit your essay of 500 words or less to commentary@oregonlive.com. Please include your email and phone number for verification.

At the Brain Injury Alliance of Oregon, we see first-hand how difficult it is for children and adults to adjust to a new life when they have been injured. They deserve access to full - not limited - justice.

Without action in Salem, Oregonians who have been injured in ways both physical and emotional face the same fate as Scott Busch. People whose lives have been permanently changed or even destroyed will be hurt: Survivors of sexual abuse, elder abuse, discrimination or fraud. Our legislators have the opportunity, once and for all, to fix this egregious attack on our most basic, fundamental constitutional right to a jury trial.

These bills will restore the power of Oregon juries to make decisions on the facts of each case, not an arbitrary limit. And they will restore accountability for private corporations and institutions who negligently harm and restore the will of the voters.

Sherry Stock is the executive director of the Brain Injury Alliance of Oregon. Find more information at RestoreJusticeforSurvivors.org.