Actress Lauren London, also known as “L-Boogie,” was a trending topic on Twitter Tuesday morning after photos were seen of her and rapper boyfriend Nipsey Hussle sitting courtside at the L.A. Lakers game Monday night. But her fans quickly swooped to her... 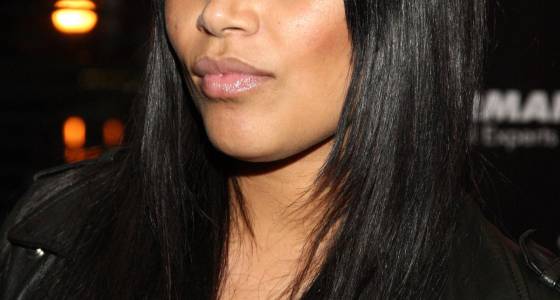 Actress Lauren London, also known as “L-Boogie,” was a trending topic on Twitter Tuesday morning after photos were seen of her and rapper boyfriend Nipsey Hussle sitting courtside at the L.A. Lakers game Monday night. But her fans quickly swooped to her rescue against the body-shaming tweets directed at the star.

However, a majority of Twitter came to London’s defense against the fat-shaming tweets, with many tweets attributing to how tough weight loss is for some women after having a child. London looked “regular” and “fine” according to users who counter tweeted the insults. London did not address the matter or the post-baby snapback lash on Twitter.

The 32-year-old actress is most notably known for her appearance in the film “ATL” as the love interest with Tip “TI” Harris. London received recognition since the film first debuted and was offered to star in “This Christmas” alongside Loretta Devine, Idris Elba and Regina King without an audition. She also played a role in “I Love You, Beth Cooper,” with Hayden Panettiere and made her first television appearance on “Everybody Hates Chris.” Her most recent credit was her starring role in “The Perfect Match” that premiered last March, starring Cassie Ventura, Donald Faison, Dascha Polanco, Robert Christopher Riley, Joe Pantoliano and Paula Patton. It was unclear whether London’s career had any plans for 2017, but the under-the-radar star seemed to be taking a break to tend to her newborn child.