Kurt Busch had a monster start to the season with a last-lap pass to win the crash-filled Daytona 500.Busch is sponsored by Monster Energy, which kicked off its first season as the title sponsor for NASCAR's top series Sunday with the season-opener. It wasn't... 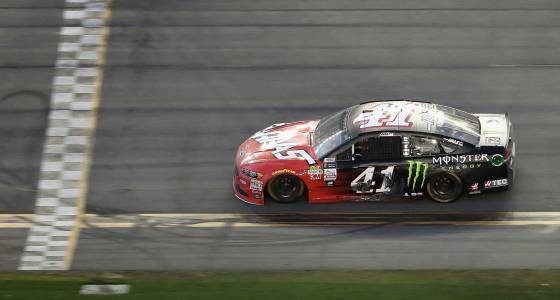 Kurt Busch had a monster start to the season with a last-lap pass to win the crash-filled Daytona 500.

Busch is sponsored by Monster Energy, which kicked off its first season as the title sponsor for NASCAR's top series Sunday with the season-opener. It wasn't NASCAR finest moment, though, as multiple accidents pared down the field and had a mismatched group of drivers racing for the win at the end.

"The more that becomes unpredictable about Daytona, the more it becomes predictable to predict unpredictability," Busch said. "This car's completely thrashed. There's not a straight panel on it. The strategy today, who knew what to pit when, what segments were what. Everybody's wrecking as soon as we're done with the second segment.

"The more that I've run this race, the more that I just throw caution to the wind, let it rip and just elbows out. That's what we did."

It appeared to be pole-sitter Chase Elliott's race to lose, then he ran out of gas. So did Kyle Larson, Martin Truex Jr. and Paul Menard. As they all slipped off the pace, Busch sailed through for his first career Daytona 500 victory.

"I ran this damn race (17) years and couldn't win it, so finally won it as an owner," Stewart said.

"Just seems like that could have been avoided and was uncalled for," Johnson said of the aggressive racing behind him that triggered the accident.