Katy Perry and boyfriend Orlando Bloom have lost the fireworks in their relationship.The “Roar” hit maker and the “Pirates of the Caribbean” actor are taking a break after being together for a little over a year. Both of the stars’ representatives... 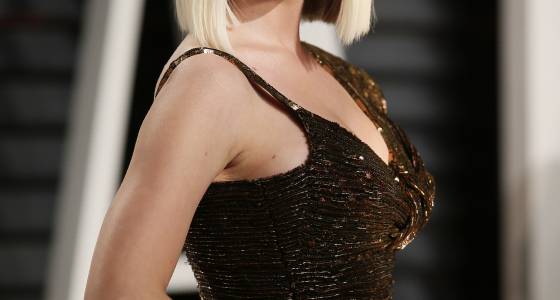 Katy Perry and boyfriend Orlando Bloom have lost the fireworks in their relationship.

The “Roar” hit maker and the “Pirates of the Caribbean” actor are taking a break after being together for a little over a year. Both of the stars’ representatives issued a joint statement to People confirming their split. “Before rumors or falsifications get out of hand,” the statement read, “we can confirm that Orlando and Katy are taking respectful, loving space at this time.”

Although the pair have been apart for a few months, it does come as a surprise that Bloom and Perry have decided to go their separate ways. In fact, at the annual Vanity Fair Oscars party, the couple seemed amicable. They posed together for several pictures but chose to spend time with their own friends rather than each other. The “Chained to the Rhythm” singer donned a sparkling bronze gown with platinum locks while the “Lord of the Rings” actor wore a smart black tuxedo at the party.

Bloom and Perry’s separation was announced a day before the former posted a photo with the latter’s puppy on Instagram.

The 40-year-old actor and the 32-year-old artist were last seen together in November last year at the 2016 UNICEF Snowflake Ball. Since then, Bloom has been busy on a UNICEF mission in Niger while Perry has been preoccupied promoting her new song. She performed “Chained to the Rhythm” at the Grammys and BRIT Awards. This Sunday, she will perform the chart-topping song at the iHeartRadio Music Awards.

Bloom and Perry reportedly starting dating in January 2016 after Perry called it quits with John Mayer. The couple dressed up together for Halloween as Donald Trump and Hillary Clinton. Rumors swirled that the two were even planning to settle down together. Bloom has a 6-year-old son named Flynn with his ex-wife Miranda Kerr.