The mother of man accused of sexually assaulting and killing a jogger in New York City this summer recently filed a formal complaint with the police after she received a threatening letter smeared with human excrement and blood, the New York Daily News reported Friday. The... 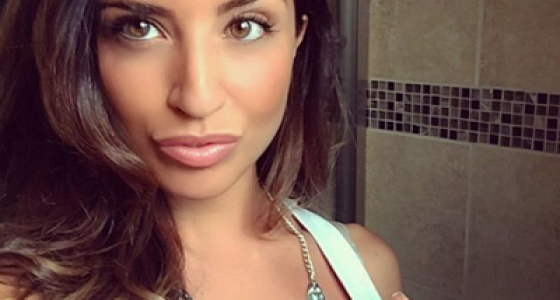 The mother of man accused of sexually assaulting and killing a jogger in New York City this summer recently filed a formal complaint with the police after she received a threatening letter smeared with human excrement and blood, the New York Daily News reported Friday. The letter sent to Veta Lewis, whose son Chanel Lewis was charged with the murder of Karina Vetrano, included a brief list of demands.

"It said for her to apologize for what her son did and return all the money back she received from GoFundMe," family spokesperson Rev. Kevin McCall told the Daily News. "We want the NYPD to look into this matter just like they would any other case."

McCall was referring to the crowd funding efforts set up for Chanel Lewis' legal fees. The web pages for a GoFundMe account as well as another from Fundly were removed after activists demanded they be taken down. It was not immediately clear how much money had been donated by the time the pages were deactivated.

Vetrano, 30, left her family home to go for a run in Queens on the evening of Aug. 2. But when she never returned, her father notified police. She was found about 15 feet away from a popular jogging path. After the investigation seemingly stalled, police got a break in the case Feb. 2 when they fingered a suspect -- Lewis -- and found his DNA matched that which was found at the scene of the crime.

Vetrano's father, Phil, blasted Chanel Lewis after the suspect was arrested and booked on murder charges.

"As you all know by now we have caught this piece of [expletive]," Vetrano wrote on the GoFundMe page that was set up for his daughter not long after her body was found. "He is a loner looser [sic]. He will pay for his crime."

The crowd funding effort that was originally meant as a reward for any information leading to the arrest and conviction of Karina Vetrano. Her father asked those who donated how and to where he should donate the $268,606 in reward money that was raised so that "we will make this world a better place."

The Legal Aid Society, which was charged with defending Chanel Lewis, released a statement insisting its client was innocent until proven guilty.

Lewis "deserves all the protections our laws provides: the presumption of innocence, unbiased and uninfluenced due process, and a meaningful opportunity to fight any and all charges," the statement said. "Our defense team is working with Chanel, his family and his community to insure that we meticulously scrutinize every alleged fact, every forensic test and every action the police took in their investigation. He deserves nothing less."

Lewis' next court date was scheduled for April.