SOMERVILLE -- A Franklin Township man was was acquitted first-degree attempted murder but convicted of the lesser charge of second-degree aggravated assault in a 2015 drive-by shooting in the township Friday in Somerset County Superior Court. Devin Alexander... 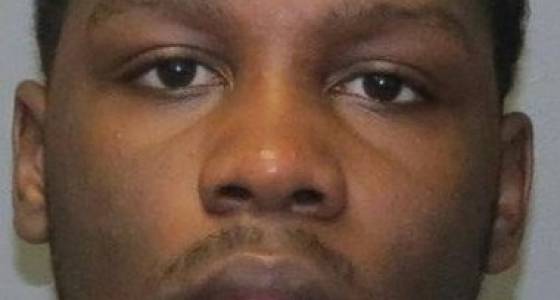 SOMERVILLE -- A Franklin Township man was was acquitted first-degree attempted murder but convicted of the lesser charge of second-degree aggravated assault in a 2015 drive-by shooting in the township Friday in Somerset County Superior Court.

Devin Alexander, 22, of the Somerset section of Franklin, shot at Andre Johnson, 22, on Ambrose Street on Aug. 1, 2015, prosecutors said.

Alexander showed little reaction to the guilty verdict. He turned, shrugged his shoulders and smiled slightly at family members in the courtroom.

Alexander, who eligible to serve an extended term in prison because of his prior convictions, is facing a maximum sentence of 30 years in state prison with 85 percent served without parole eligibility.

The four-day trial ended on Wednesday and the jury began deliberations Thursday morning. It reached its verdict Friday afternoon.

During the trial, both the victim and co-defendant Avery Gorman testified for the prosecution.

Brothers sentenced in murder of rapper

Johnson, who has known Alexander for more than a decade, was previously assaulted by Alexander in 2014. The drive-by shooting occurred while Alexander was awaiting sentencing after being convicted of the aggravated assault against Johnson.

Johnson told police he was parked in his car in front of 62 Ambrose St. on Aug. 3, 2015 when a 2014 dark blue Honda Accord with tinted windows drove by. The front passenger side window came down and he saw Alexander point a black handgun toward him and fire. Johnson said glass shattered in all directions and the Honda sped off.

As Johnson attempted to leave the area, he said he again saw the Honda and Alexander sitting in the front passenger seat. He also recognized Gorman, who was the driver.