Jinger Duggar, Jeremy Vuolo Can’t Keep Their Hands Off One Another In This ‘Counting On’ Sneak-Peek Video

Jinger Duggar and Jeremy Vuolo are officially married and they’re basking in every second of bliss. On Monday’s episode of “Counting On” the couple will allow the cameras to tag along on their honeymoon in Australia, but not everything the newlyweds... 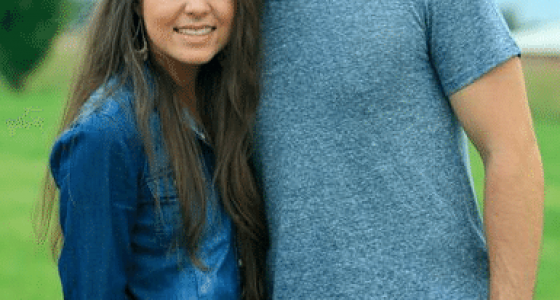 Jinger Duggar and Jeremy Vuolo are officially married and they’re basking in every second of bliss. On Monday’s episode of “Counting On” the couple will allow the cameras to tag along on their honeymoon in Australia, but not everything the newlyweds get into is G-rated.

A sneak-peek video for the TLC series shows Jinger and Jeremy attending a cooking class together while vacationing down under. The “Counting On” stars are thrilled, largely because they plan to spend a lot of time in the kitchen as a couple once they’re back in the United States. An added bonus? Jinger and Jeremy have an excuse to hug, kiss and get close to one another.

“Watching Jinger cook, she’s beautiful, and so it was getting a little hot in the kitchen. I think Bec [the chef] was uncomfortable with a couple of newlyweds in her kitchen, but we were there for a  nice romantic time,” Jeremy tells the “Counting On” cameras (via Us Weekly). “Must be the crustaceans and the garlic — natural aphrodisiac.”

These two may be handsy, but it seems they’re not looking to start a family just yet. Jinger and Jeremy appeared in a TLC.com video on Feb. 21 in which they dished about baby plans and more. Jinger was quiet during questions about having kids, allowing her hubby to do all the talking. The former professional soccer player told fans that while both he and Jinger “love children,” they intend to hold off for a bit.

“We love children but we’re obviously just focused on getting settled in to Texas and the ministry and being together,” he said.

Jinger said that she and Jeremy were getting into the swing of things in the Lone Star State, though it was clear she missed her family in Arkansas. She said she and her husband were looking forward to having visitors and returning to her home state eventually. While she gave no timeline for those trips, she seemed certain they’d be happening and there would be plenty of them.

“We’re establishing our lives together so I know that there will be visits to and from with the family,” Jinger said.

There may be a good reason Jinger and Jeremy haven’t revealed plans to start having kids. Earlier this month, Jinger told People they planned to leave the growth of their family up to a “higher power.” Jeremy made a similar comment in October 2016. During a “Counting On” special he said he and Jinger were “looking to the Lord to see what he provides.”