Seeing Jane Gloriana Villanueva (Gina Rodriguez) stumble and fall as she tries to find a new romance after the death of her husband, Michael Cordero (Brett Dier), is quite disheartening. Some fans even worry that she might not successfully move on.However,... 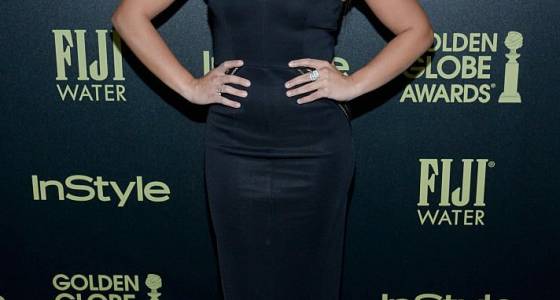 Seeing Jane Gloriana Villanueva (Gina Rodriguez) stumble and fall as she tries to find a new romance after the death of her husband, Michael Cordero (Brett Dier), is quite disheartening. Some fans even worry that she might not successfully move on.

However, they need not be worried. “Jane the Virgin” creator Jennie Snyder Urman told Entertainment Weekly that Jane will indeed experience true love a second time around.

“Part of the journey is, like Gina said, she started out this optimistic, romantic dreamer and then she was hit by reality in a really big way. What I want to see in the back half of the series is how she regains some of that optimism, some of that love, and starts to believe in romance again and how it’s different from what she first thought it was, so we’re going to get into that and how does Jane believe in magic again,” she explained.

Nothing was said about Jane rekindling her romance with baby daddy Rafael Solano (Justin Baldoni). Team Rafael fans are still hoping that they will ultimately end up together, but it doesn’t seem like the case now because Rafael has fallen back in love with his ex wife Petra (Yael Grobglas).

Personally, Baldoni does not see this as a bad thing. He believes Jane and Rafael are in a great place right now because of their friendship and support for one another. Should they decide to pursue a romantic relationship again, he has no doubt it would end well.

“They’ve been through crazy, crazy things but they’ve been able to come out the other side and remain friends,” he told Entertainment Tonight. “What’s great about that, for all the Jane and Rafael ‘shippers, is that if there were anything to happen in the future, is that there’s a foundation for that, whereas before, there wasn’t.”

On the other hand, Rodriguez said people should not lose hope about them getting back together. “It’s a telenovela, c’mon, you know that,” Rodriguez said, according to Bustle. “There’s gonna be a lot of triangles, a lot of love. A lot of messiness and redemption and all the things we go through on a daily basis. Lots.”

“Jane the Virgin” Season 3 airs every Monday at 9 p.m. EST on The CW. Jane Gloriana Villanueva (Gina Rodriguez) will have many love interests in the upcoming season of “Jane the Virgin.” In this photo, the actress attends Hollywood Foreign Press Association and InStyle Celebration of The 2016 Golden Globe Award Season at Ysabel on Nov. 17, 2015 in West Hollywood, California. Photo: Getty Images/Kevork Djansezian