Since leaving Fifth Harmony in December, Camila Cabello has been very open about just how much she had been wanting to leave the girl group. However, it looks like her solo career may be a little isolating.On Tuesday, the 19-year-old posted a cryptic... 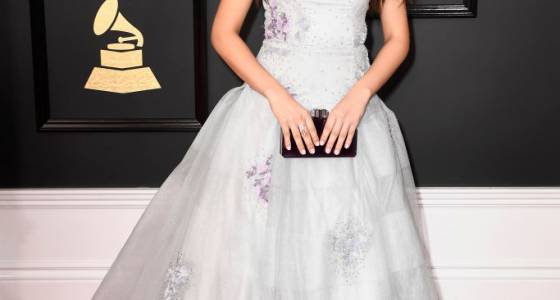 Since leaving Fifth Harmony in December, Camila Cabello has been very open about just how much she had been wanting to leave the girl group. However, it looks like her solo career may be a little isolating.

On Tuesday, the 19-year-old posted a cryptic tweet to her account. “All I did was open up to you, that’s my mistake,” she wrote.

The tweet comes two weeks after Cabello admitted to causing drama in her former girl group due to her desire to be a solo artist. During an interview with Billboard, Cabello admitted that she shared her feelings of wanting to leave the group with the remaining members, Dinah Jane Hansen, Lauren Jauregui, Ally Brooke Hernandez and Normani Kordei.

“I think that in a group there is always going to be tension, whether it’s because of this thing or [another] thing. Obviously, I think that rocked the boat,” she told the publication.

The group seemed to end on bitter terms with Fifth Harmony and Cabello calling one another out on social media over false claims. Cabello claiming the group was well aware of her upcoming departure after several discussions and the group denying conversations ever took place.

In the end, the four members of Fifth Harmony and Cabello are no longer on speaking terms. Nonetheless, it looks like whether happy or sad about the split, the singer is continuing on with her solo career.

On Tuesday, the songstress also posted a photo of herself in the studio with songwriter Billy Walsh and music producer Frank Dukes. Will Cabello be putting these feelings of making mistakes into a song? Following the release of “Love Incredible,” Cabello is expected to continue to put out new music this year. Only time will tell if her feelings get turned into a hit single.