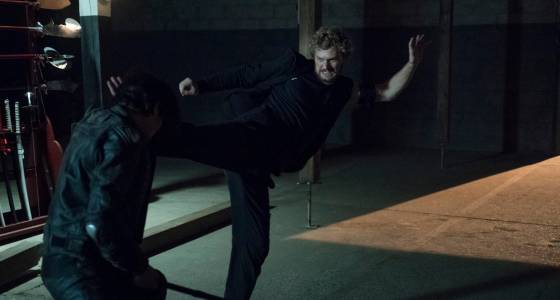 Although Netflix subscribers are still a few days away from the release of the series, critics have been given access to Season 1’s first six episodes and the reviews haven’t been good. Most reviewers place the blame on the show’s writing and offensive portrayal of Asian-American characters as well as Asian culture.

According to Susana Polo of Polygon, “[‘Iron Fist’] is a show where a white male character explains how to punch to an Asian-American, female head of her own dojo, in her own dojo.” Polo goes on to explain the ridiculousness of the idea by explaining how a white male character explains his martial art to a female Asian-American martial arts expert.

The series’ white savior trope isn’t the only problem with the show. Kwame Opam of The Verge says lead actor Finn Jones is “miscast” as main character Danny Rand and has a “blandness” to him. “[Jones] fails to make Danny’s reality resonate. ‘Daredevil’s’ Charlie Cox, while never exactly one of Marvel’s finest leading men, conveys an almost palpable Catholic guilt in his turn as Matt Murdock. Jones, by comparison, seems flat, lacking that crucial gravitas,” wrote Opam.

While bad dialog and poor acting could be forgiven by martial arts movie fans if the action is good, Alan Sepinwall of Uproxx says the fights are few and far between and argues that it becomes hard to tell what is going on. According to Sepinwall, “it feels like they filmed the first rehearsal and moved on.”

The show being a bore seems to be the overall theme among many reviewers. Daniel Fienberg of The Hollywood Reporter says a number of the basic archetypes for a character such as Iron Fist are missing from the series. According to Fienberg, the show has no villain, no comic relief, no voice of wisdom and “nobody you like spending time watching.”

In a review not as harsh as others, Luke Lancaster of CNET called Jones “likeable enough” and said fight scenes were “good enough” but claims the series is faced with the difficult task of following Marvel’s other Netflix projects. Lancaster hoped “Iron Fist” would introduce a world of fantasy to Netflix’s gritty superhero shows but felt the latest series takes itself too seriously.

Season 1 of Netflix’s “Iron Fist” will be available on March 17.