Taiwanese company TSMC, Apple’s main supplier of processors, is reportedly going to commence shipping the new 10-nanometer A11 chips for the iPhone 8 this quarter. Since February is almost over, reports say the commercial shipments will surely begin this... 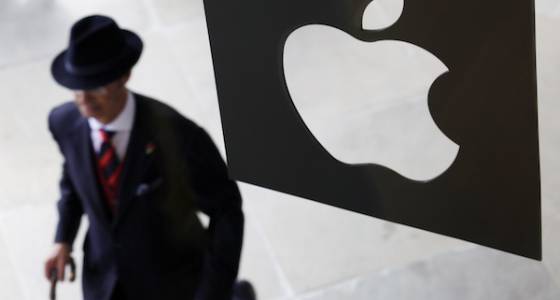 Taiwanese company TSMC, Apple’s main supplier of processors, is reportedly going to commence shipping the new 10-nanometer A11 chips for the iPhone 8 this quarter. Since February is almost over, reports say the commercial shipments will surely begin this March.

TSMC co-CEO Mark Liu revealed in a supply chain management forum on Thursday details about the company’s work on its different processors. When it came to discussing the 10nm chips for mobile devices, Liu said that they are scheduled to ship the mobile processors in the first quarter — most likely next month. According to DigiTimes, the CEO also admitted that shipments will expand in the second half, alluding to the full-force production of the next-generation iPhones for Apple’s September launch event by that time.

Though Liu did not really mention that the 10nm chips that will ship next month are for Apple’s upcoming iPhones, there have already been previous reports stating that TSMC will be producing most of the bulk of chips needed for the three new iPhones — iPhone 8, iPhone 7s and iPhone 7s Plus. The Taiwanese company was also revealed to have won orders to make the A11 processors. It is also not surprising that Apple is turning to TSMC for its iPhone processors. Current handsets iPhone 7 and iPhone 7 Plus are powered by the A10 Fusion, which was built by TSMC using 16nm FinFET process.

Apple Insider reports that manufacturers typically challenge themselves to shrink the die size for practical reasons. First is to cut the expenses on manufacturing chips. The other one is to offer efficient processors that consume less power, so it would be beneficial to consumers. Based on TSMC’s current endeavors, it is taking on this challenge. After the 10nm chips, the company is planning on producing 7nm and 5nm processors.

Liu revealed during the forum that the company’s 7nm chip will enter “risk production” in March and will then go into mass production in 2018, possibly for the next-generation iPhones launching next year. On the other hand, TSMC’s 5nm chip is scheduled to have risk production in the first half of 2019. The company is going to use extreme ultraviolet (EUV) for the 7nm chip, and it will do the same for the 5nm processor.

Apple will likely receive its first batch of iPhone 8 A11 processors from supplier TSMC next month. Photo: Reuters/Suzanne Plunkett