Apple just rolled out its fourth beta for the upcoming iOS 10.3 software update to developers and beta testers. While the release notes for the pre-release version have yet to be revealed, some developers are already sharing what they noticed in beta 4 on... 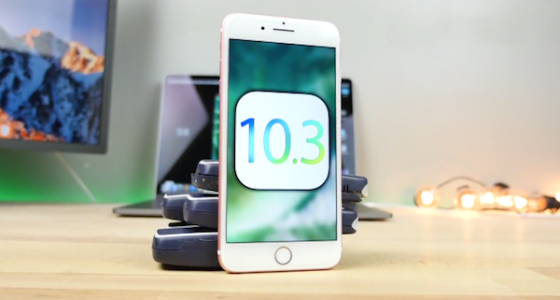 Apple just rolled out its fourth beta for the upcoming iOS 10.3 software update to developers and beta testers. While the release notes for the pre-release version have yet to be revealed, some developers are already sharing what they noticed in beta 4 on the Apple Developer Forums page.

According to one developer, the new iOS 10.3 beta brings back the automatic iCloud backup feature that was absent in the previous beta releases. Some developers noted earlier that the first, second and third beta did not automatically run iCloud backups on their iPhones. The last time such feature was running on their device was on Jan. 23, which was the same day the first beta for iOS 10.3 was released.

However, it appears there is actually a reason behind the absence of auto-backup in the previous beta versions. One developer explained on the Forums page that intentionally leaving out this feature in beta software makes the process of beta testing easier. Also, beta testing is never meant for personal use, so it does not make sense for an iPhone running on beta software to create a backup for notes, contacts, photos and other files.

So far, iOS 10.3 is known to come with the Find My AirPods feature, Siri support for cricket scores, Safari support for reduced motion preference, a widget for the Podcasts app and a new Apple File System. 9To5Mac also says the software update has a new app rating system for developers, changes on the CarPlay status bar and the inclusion of 3D Touch forecast in the Maps app.

For registered developers, they can now download and install the iOS 10.3 beta 4 from the Apple Developer Center or over-the-air provided the previous beta is running on their device, according to MacRumors. Meanwhile, registered beta testers can download the software over-the-air to their iPhone.

Apple is rolling out the fourth beta version of iOS 10.3. Photo: YouTube/EverythingApplePro