Immigration News: First Lady Melania Trump Is An Immigrant Who Would Be Deported Under White House Plan

Going by President Donald Trump's new immigration rules, Melania Trump would have been a priority for deportation for accepting paid modeling jobs while on a tourist visa in the 1990s, immigration attorneys said Friday. Hasan Shafiqullah, deputy... 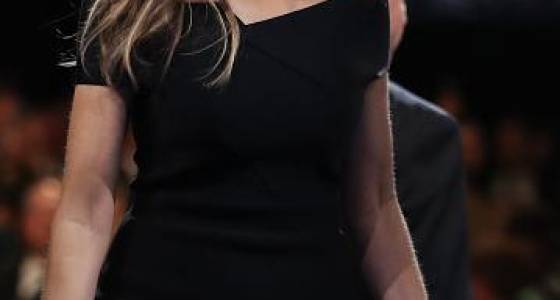 Going by President Donald Trump's new immigration rules, Melania Trump would have been a priority for deportation for accepting paid modeling jobs while on a tourist visa in the 1990s, immigration attorneys said Friday. Hasan Shafiqullah, deputy attorney in charge of the immigration law unit at the Legal Aid Society, said in an interview with Slate that Melania Trump could have been at serious risk of being deported had her husband's order been imposed that time.

Cheryl David, a New York City immigration specialist, also told Slate that if the first lady did in fact work in the U.S. while using a tourist visa, she "definitely violated her status, and if it came to immigration's attention, yeah, they certainly could put her into removal proceedings."

for 10 modeling jobs, and it was only seven weeks after her arrival that she managed to acquire legal permission to work in the U.S., according to detailed contracts, accounting ledgers and other related documents from 20 years ago,

obtained by the Associated Press.

Melania Trump said during the presidential elections while defending her husband's decisions on immigration that she first came to the U.S. from Slovenia on Aug. 27, 1996 with a B1/B2 visitor visa and then obtained an H-1B work visa on Oct. 18, 1996. She has said she never violated U.S. immigration laws. However, the documents obtained by the AP showed she was paid for 10 modeling assignments between Sept. 10 and Oct. 15 in 1996, when she only had a visitor visa. She applied for a green card in March 2001 and eventually became a naturalized citizen of the United States in 2006.

Under Donald Trump's executive order issued last month, foreign nationals who have "engaged in fraud or willful misrepresentation in connection with any official matter or application before a government agency" should be a priority for deportation by the immigration officials.

The modifications in Trump's executive order this week also prioritized on "deporting convicted criminals or those charged with crimes" as well as those who have not been charged yet but are believed to have committed "acts that constitute a chargeable criminal offense," according to the Los Angeles Times.