"I was slipping into people's blood": A police officer describes fighting rioters after Capitol became an 'war scene.

Soon after rioters broke into the Capitol's initial police lines on Jan. 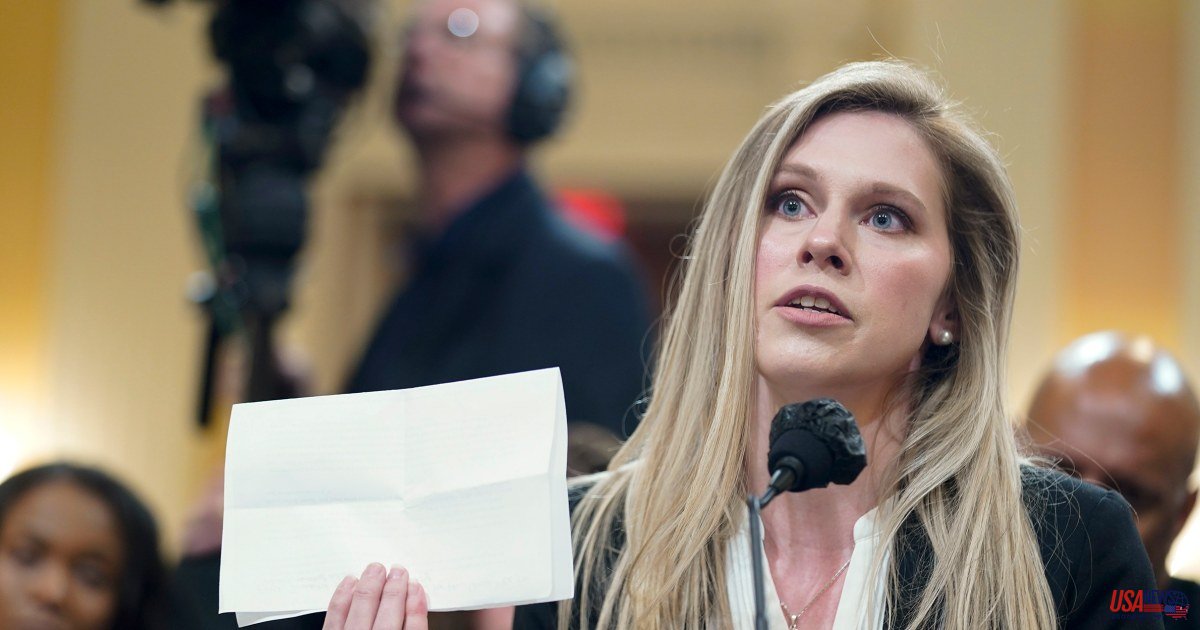 Edwards testified Thursday at the Jan. 6 public hearing that she had regained consciousness during a "war scene".

She said, "When I fell behind the line and saw, I can only remember my breath catching in mine because what I saw was just war scenes." It was like something I saw in the movies. It was unbelievable. There were officers standing on the ground. They were bleeding and throwing up. I was referring to friends who had blood on their faces. I was infusing people's blood."

Edwards was one of the first officers to sustain injuries following a mob of supporters of Donald Trump descended upon the Capitol. He gave some of the most compelling testimony at the Jan. 6 Committee hearing on Thursday. It featured footage that was never seen before as well as excerpts of testimony from former Trump White House officials and allies as well as testimony of the rioters.

Edwards was one the two witnesses who testified in person before the panel on Thursday evening.

She said, "I was catching people when they fell." It was carnage, chaos. It was chaotic. I cannot even describe it. I never imagined that I would be in the middle of a war as a police officer.

Edwards stated that she was "trained" to handle crowds and detain subjects, but not combat-trained.

She continued, "And that day it was just hours hand-to-hand combat." "Hour after hour of dealing with situations that were beyond what any law enforcement officer had ever been trained for. It was that moment when I stepped behind the lines and saw the war zone that the west front was becoming.

Edwards, who sustained a concussion, also recalls seeing Brian Sicknick (a Capitol Police Officer who later died from a stroke), covering his face after being sprayed with chemical. She was concerned because she knew that tear gas causes a person to turn their face red. This is not the case with "ghostly pale."

Edwards stated that she was subject to verbal abuses during the riot as well as in the days following.

She said, "I was called Nancy Pelosi's dog. I was called incompetent. I was called a hero, a villain, and a hero." I was called a traitor of my country, my constitution, and my oath. I was actually none of these things. I was an American facing other Americans, asking myself how many times we'd come this far. Although I have been called names in the past, my patriotism and duty were never questioned.