How to troll the thugs of the UN Human Rights Council: Use Milo

The United Nations Human Rights Council is modern diplomacy’s punch line.As it opens its 2017 session in Geneva this week, President Trump should treat the council as the joke that it is. One joke deserves another, so here’s mine: Appoint an ambassador... 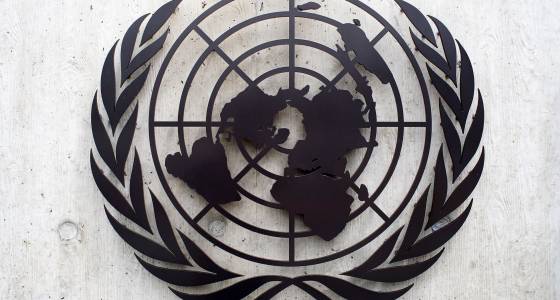 As it opens its 2017 session in Geneva this week, President Trump should treat the council as the joke that it is. One joke deserves another, so here’s mine: Appoint an ambassador who is comically unqualified for the job.

The UN Human Rights Council exists not to identify and address abuses around the world, but to give rogues a soapbox for condemning Israel. It devotes almost all of its bureaucratic efforts to the delusion that the world’s only Jewish state is the world’s worst human-rights violator.

Meanwhile, truly appalling actors are given perches from which to judge the human-rights records of others.

Members of the United Nations’ most important body to advance human dignity include Saudi Arabia, where it’s illegal for women to drive; China, the occupier of Tibet; and Venezuela, whose current government is jailing the leader of its opposition.

Until last year, Russia, a state that annexes territory from its neighbors, was a member in good standing.

Traditionally, US presidents have tried to reform the council. George W. Bush hoped to do this by declining to join it, pressuring it to get its act together before conferring US legitimacy. Barack Obama sought to reform it through US participation. Trump is reportedly weighing a proposal to withdraw from the UN body altogether.

But shunning is not what the council deserves. Ridicule is. The best way to expose a farce would be to send in a clown.

I have just the guy: Milo Yiannopoulos.

Yes, that Milo Yiannopoulos. The man who was banned from Twitter for encouraging racist attacks on actress Leslie Jones. The man who was disinvited from the Conservative Political Action Conference for his defense of relationships between “younger boys and older men.” The man who performs a gay minstrel act for the “deplorables.”

He’s no diplomat; he’s not the kind of guy who earnestly debates the merits of the US prison at Guantanamo Bay with some Cuban official. He’s a troll.

Just the kind of guy who’d appreciate the humor of a human-rights organization that elects a past winner of the Al-Gaddafi International Prize for Human Rights (named after the late Libyan dictator) to its advisory board.

Yiannopoulos is a performance artist. His talent is exposing hypocrisy.

Imagine the possibilities. When an envoy of a state that persecutes gays offers a jeremiad against Israel, Yiannopoulos could respond by addressing him as “Daddy,” as he often refers to our new president. Yiannopoulos would no doubt find the council’s annual sessions to be a gold mine for viral videos.

And hey, he needs a job. Last week he was fired from his post as an editor at Breitbart. Simon & Schuster just canceled the publication of his forthcoming book. Although he has announced plans to start a new media company, at the moment he appears to have a lot of time on his hands.

For too long the United States has tried to reform a human-rights council that has come to symbolize a UN system that treats free countries and police states with equal respect. That’s a bad joke. Why not reply with a good one?